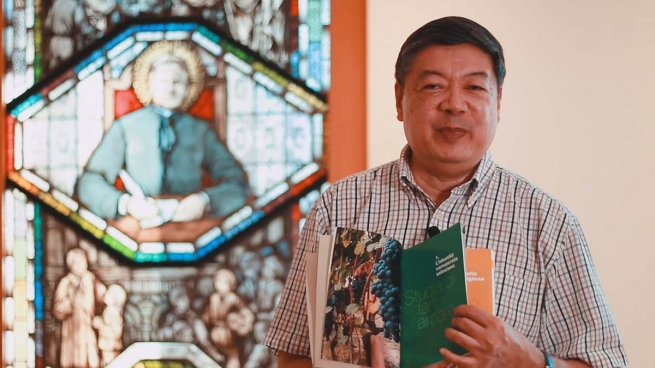 (ANS - Rome) – Released at the beginning of July was the video interview with the Rector Major, Fr Ángel Fernández Artime, and the Councilor for Formation, Fr Ivo Coelho, presenting the document “Animating and Governing the Community - The Ministry of the Salesian Rector.” On Thursday 24 September an interview with Fr Stefano Martoglio, Vicar of the Rector Major, and Fr Coelho will be available on the first of the three parts of the document entitled "The Salesian consecrated identity."

Br. Raymond Callo, a lay Salesian member of the Department for Formation, introduces the aforesaid interview and the animation material that will accompany it with a 3-minute video, available starting today on ANSChannel. It gives us an idea of the emerging themes and suggestions offered for reflection and sharing on this part for the next three months.

The choice made during the 28th General Chapter was to invite the various Salesian communities in 2020/21 to make their own "Animating and Governing the Community - The Ministry of the Salesian Rector", while the initial formation communities in the same period focus their attention on “Young Salesian and Accompaniment – Orientations and Guidelines”. For the following year, 2021/22, the path is exchanged, to complete the dissemination of the two documents in the first two years of the sexennium.