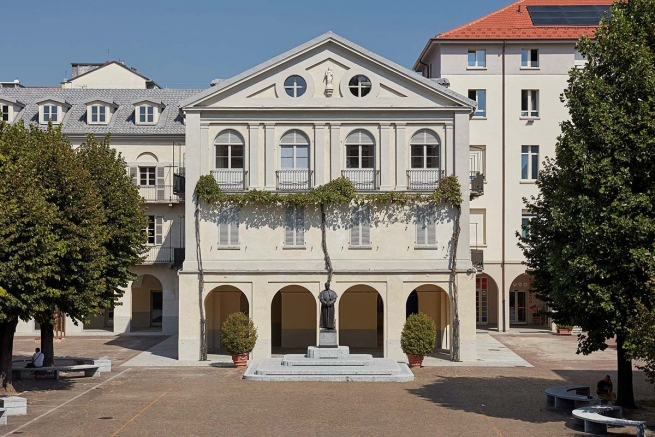 (ANS - Turin) - The initiatives for the inauguration of the "Don Bosco House Museum" are just a week away. The new museum set up has been completely renovated, features the places of the origins of Don Bosco's educational and spiritual adventure. Next Friday, 2 October, in the presence of the Rector Major and other prominent figures, the press conference will take place for the presentation of this new center which stands where the Salesian charism was born, renewed to make the huge cultural, devotional and identity heritage of Valdocco available to pilgrims and tourists in a completely new form.

The entire series of events will also be accessible remotely thanks to the digital live coverage curated by ANS.

The press conference on Friday 2 will be held at 11:45 (UTC + 2) at the entrance of the museum and will be moderated by Fr Giuseppe Costa, SDB, spokesman for the Salesians. The Rector Major of the Salesians, Fr Ángel Fernández Artime, will sit at the table of speakers: the well-known art critic Vittorio Sgarbi; Alessandro Isaia, Secretary General of the Turin Culture Foundation; Sergio Sabbadini, Head of the architectural project; Massimo Chiappetta, Head of the museographic project; Fr Cristian Besso and Stefania De Vita, in charge of the museological project.

At the end of the press conference, these last three will be the guides who will accompany the day's guests on a preview visit to the new museum space.

The day's activities will end with an aperitif offered by the students of the Vocational Training Center (CFP) of Valdocco under the "good night" arcade.

On Saturday 3 October the inauguration of the "Don Bosco House Museum" will take place in the presence of the civil and religious authorities. At 11 local time, the journalist Antonio Labanca will start the presentation of the restoration works. Once again, as “landlord”, the Rector Major will speak, followed by presentations by Anna Laura Orrico, Undersecretary of the Ministry for Cultural Heritage and Activities and for Tourism; the greetings from the President of the Regional Council Alberto Cirio and the Mayor of Turin Chiara Appendino; and exhibitions by those responsible for architectural works and museographic and museological projects.

An emotional video about the museum will serve as a prelude to the symbolic ribbon cutting, while the morning will end again with the offer of an aperitif by the students of the CFP of Valdocco.

Finally, on Sunday 4 October, the celebratory triduum will end with a Mass to be presided over by Fr Ángel Fernández Artime at the Basilica of Mary Help of Christians (9:30 am) and with the official opening of the museum to the general public.

All the events of the three days can be seen across the globe thanks to the live coverage curated by ANS and broadcast digitally: on the ANSChannel YouTube channel in the original Italian version; and on the ANS Facebook page with comments not only in Italian but also in English and Spanish.

Finally, it should be noted that all the events have been designed and prepared to comply with the precautionary measures to prevent Covid-19 infections.