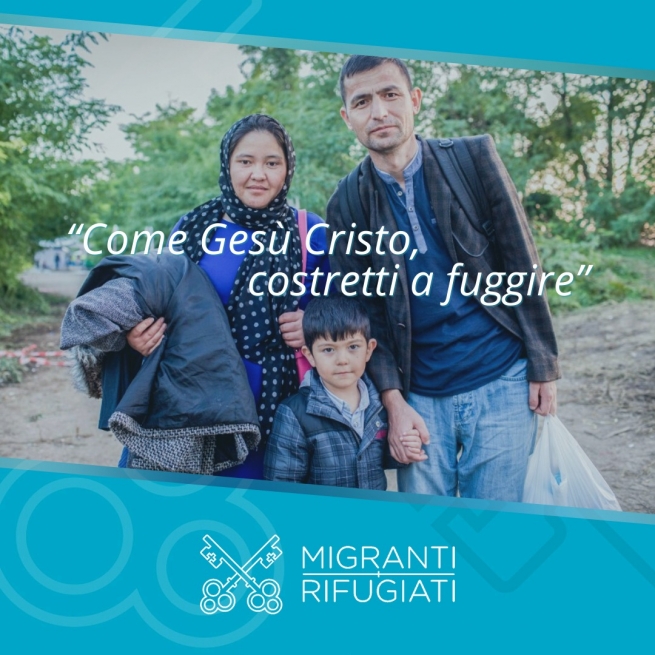 (ANS - Rome) - On Sunday 27 September the Church celebrates the 106th World Day of Migrants and Refugees, on the theme of internally displaced persons (IDPs), chosen by Pope Francis, with the motto: "Like Jesus, forced to flee."

Worldwide, according to data from the United Nations High Commissioner for Refugees (UNHCR), last year there were 45.7 million internally displaced persons, or people forced to flee their homes due to persecution, climate change, poverty, conflict or other reasons, but without the possibility of actually leaving their country.

In his message for this day, the Pope proposes six pairs of verbs to meet the Lord in the face of the displaced with concrete actions: you have to know in order to understand, you must be close in order to serve, listen to be reconciled, share to grow, be involved to promote and cooperate to build.

The Salesian Congregation welcomes this challenge among the priorities of the Sector for Missions for the next six-year term, with the intention of intensifying the work that many Salesian communities all over the world do alongside young people in difficulty who have been forced to flee their homes.

For example, in Palabek in Uganda, and in Kakuma, Kenya, the Salesian communities live in refugee camps, while in South Sudan, in Juba, and in Syria there are many displaced people being helped through material aid, education and pastoral animation. The greatest trials are the uncertainty about the future and the "paralysis", or limbo, in which many feel imprisoned due to the vulnerabilities of their situation.

The work of the Salesians is a constant accompaniment to give hope to the new generations through schooling and vocational training courses of various kinds, to teach jobs that can be used to match the demands of the labor market and, at the same time, to transmit an outlook of faith through catechesis, the celebration of the Eucharist and various activities.

The hope is that sensitivity towards this frontier of today's world will grow, to nurture Don Bosco's missionary dream and coordinate for an even more effective and incisive commitment.