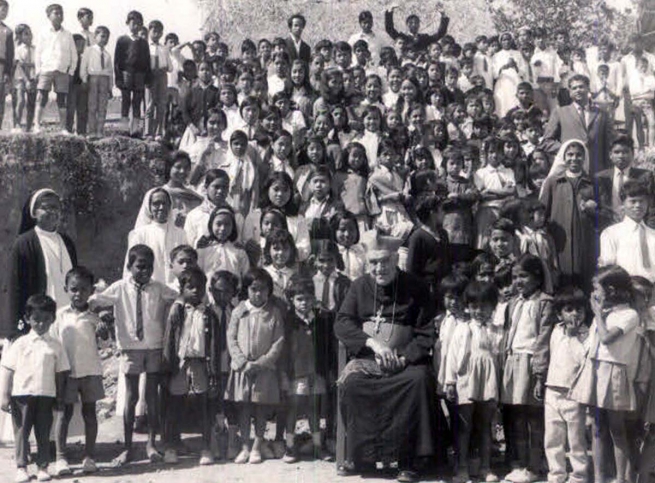 (ANS - Rome) - Mons. Stefano Ferrando, Salesian Bishop and founder of the Missionary Sisters of Mary Help of Christians, was born in Rossiglione (province of Genoa and diocese of Acqui Terme) on 28 September 1895. Today is thus the 125th anniversary of his birth.

Stefano Ferrando attended schools with the Salesians, first in Fossano and then in Turin, and was fascinated by the life of Don Bosco. He forcibly interrupted his studies at the outbreak of the First World War, in which he participated as an officer, earning a silver medal. After his priestly ordination in 1923, he left for the Salesian missions in the North East of India, where he became one of the great pioneers of the Salesian missionary epic in that vast region.

In 1934 he was appointed bishop of the Diocese of Krishnagar by Pius XI, but after just one year, he was transferred to the see of Shillong, which will become the center of all his fruitful apostolic and evangelizing activity for the next 35 years.

His apostolate was characterized by the Salesian style: joy, simplicity and direct contact with people. His humility, simplicity, love for the poor inspire many to convert and to request Baptism. He rebuilt the great Cathedral and the mission buildings. The devotion to Mary Help of Christians and Don Bosco spread. He undertook to ensure that the Indians became the first evangelizers of their land.

From a first group of Indian catechists, he started the foundation of the Missionary Sisters of Mary Help of Christians (MSMHC), aggregated to the Salesian Family on 27 June 1986.

On March 3, 2016, Pope Francis recognized his heroic virtues by declaring him Venerable.