Italy – Mons. Giuseppe Cognata: "A light that has never gone out" 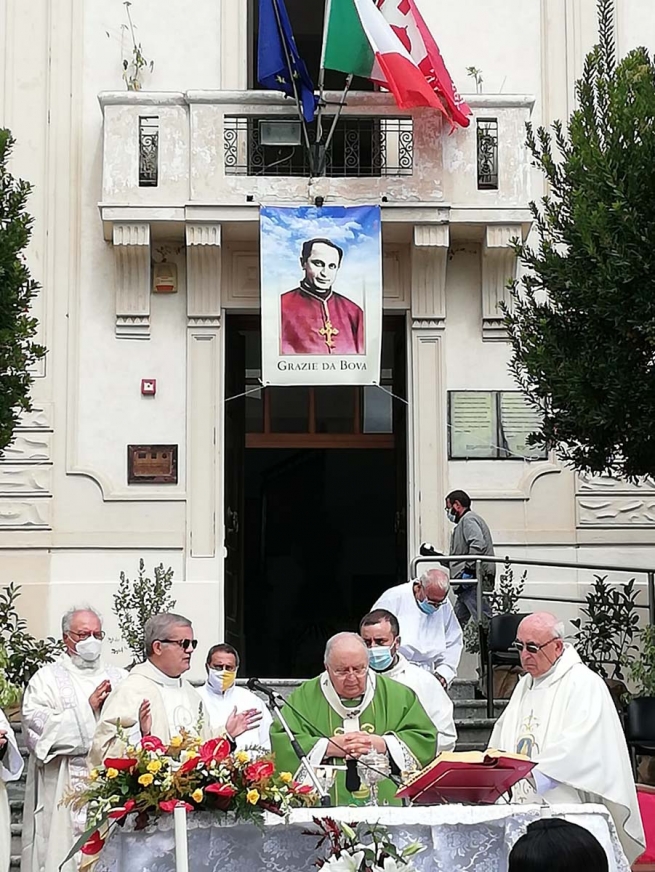 (ANS - Reggio Calabria) - "A light never extinguished": this is the motto with which the city communities of Pellaro and Bova, with the entire ecclesial community of Reggio Calabria, wanted to remember the Servant of God Mons. Giuseppe Cognata , SDB, former Bishop of Bova from 1933 to 1940 and founder of the Congregation of the Salesian Oblate Sisters of the Sacred Heart, of which Pope Francis gave his consent last February for the opening of the Cause of Beatification and Canonization.

On Saturday 26 September, Fr Pierluigi Cameroni, Postulator General for the Causes of Saints of the Salesian Family, presented to the Christian community of Pellaro (Reggio Calabria) the biographical and spiritual profile of the Salesian bishop, together with the steps taken in recent months in view of the official Opening of the Cause which will take place on 12 December in San Vittorino Romano (Diocese of Tivoli). A street in the city was later dedicated to Mons. Cognata.

Sunday 27 September 2020, in Bova, at the Co-Cathedral Maria SS. dell’Isodia, episcopal seat of Msgr. Cognata, greetings took place with the welcome to all the authorities and public by Sister Caterina Quattrone, Provincial Superior of the Salesian Oblates of the Sacred Heart, which was followed by a greeting from Mother General, Sister Graziella Maria Benghini, who underlined the significance of a place where Mons. Cognata exercised his episcopal ministry and where the first sisters of the Congregation made their vows.

Fr Cameroni recalled how the Church of Reggio Calabria-Bova has always spent itself in favor of the Cause of Msgr. Cognata, starting from the first dark hours of the sad story that saw him as protagonist, when the Salesian found fraternal comfort in Archbishop Enrico Montalbetti, and took up the prophetic words spoken by Archbishop Lanza to the Salesian Fr Umberto Pasquale in 1950, saying : “He was a Salesian. But know that he is an innocent and a saint ... Fortunately for us there is a God who, in due time, will do justice. Tell him that he is innocent and that he is a saint! ”.

Subsequently, in the central square, the solemn Eucharistic concelebration took place - broadcast live on Facebook (visible here) - and presided over by Msgr. Giuseppe Fiorini Morosini, Metropolitan Archbishop of Reggio Calabria-Bova, who in his homily highlighted how Msgr. Cognata was a man of faith who in the hour of trial and the cross joined in Jesus' obedience to the Father.

At the end of the celebration, the Mayor of Bova, Santo Casile, and Fr Leone Stelitano, Parish Administrator of Bova and Vicar of Forania di Bova, thanked all participants.