Vatican – Pope Francis to Michaelites: "Dedicate all care and attention to the young and social realities exposed to danger" 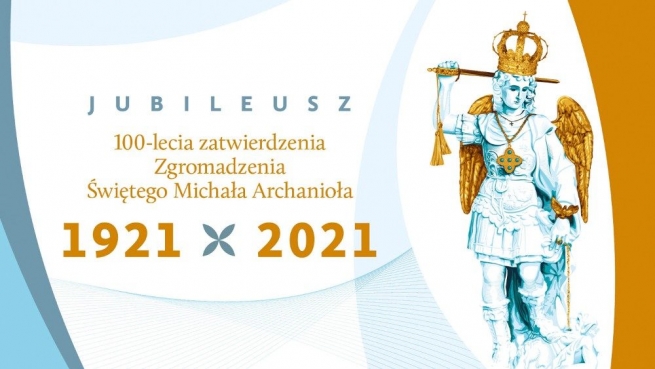 (ANS - Vatican City) - “Your charism, ever timely, is characterized by your concern for poor, orphaned and abandoned children, unwanted by anyone and often considered waste by society. While I am pleased with everything you have done in these decades in favor of abandoned children, I invite you to continue with renewed enthusiasm in the educational commitment for those who often no one wants to welcome and defend.” Thus writes Pope Francis in the message he sent to Father Dariusz Wilk, Superior General of the Congregation of St. Michael the Archangel (CSMA, or "Michaelites"), XXI group of the Salesian Family, on account of the opening of the jubilee year for the Centenary of canonical approval of the Congregation, which took place on 29 September 1921.

In his message, the Pope begins by encouraging “to continue with conviction, joy and renewed fidelity the path traced by the Founder, Blessed Bronislao Markiewicz.” He knew how to cultivate the seeds given to him by Providence “through the experience of religious life in the Salesian Congregation and in the amiable direct relationship with St. John Bosco.” And in his homeland, Poland, he gathered men and women in the service of poor and abandoned children, and his legacy has been collected and carried on by many of his spiritual children - even at the cost of their lives, as the martyrs and Blessed Ladislao Błądziński and Adalberto Nierychlewski, CSMA, testify.

Today the Michaelites are active through schools, oratories, foster family homes, shelters and other welfare and formation settings. This is why Pope Francis points out to them the vast field of “human and Christian education ... the greatest gift that even today you are called to offer to neglected children and young people.” And recalling the phrase of Blessed Markiewicz: “I would like to gather millions of orphaned children from all nations and all races to lead them to God,” the Pope urges the CSMA: “Your Institute is called to devote every care and attention to the circumstances of youth and society exposed to the danger of evil and estrangement from God”, aware that “the most needy today take on the face not only of those who live in material want, but are often slaves to modern conditioning and addictions.”

The apostolate of the Congregation through the media is also underlined by the Pontiff. “The Michalineum Publishing House and the two reviews: 'Temperance and Work' and 'He who is like God', are not only the legacy of the Founder, but constitute precious means of social communication which, adapted to current needs and enriched by modern technologies, can reach many, generating fruits of good in the minds and consciences of people.”

“The present times,” concludes the Pope finally, “need consecrated persons who know how to look more and more to the needs of the least, who are not afraid to fulfill the charism of their Institutes in modern field hospitals ... It is necessary to be men of communion, to overcome borders, building bridges and breaking down the walls of indifference. In the itinerary of a renewed fidelity to the charism, do not fail to refer to the words that along these hundred years have illuminated the path of your worthy Congregation: the victorious cry of St. Michael the Archangel, 'He who is like God!'."