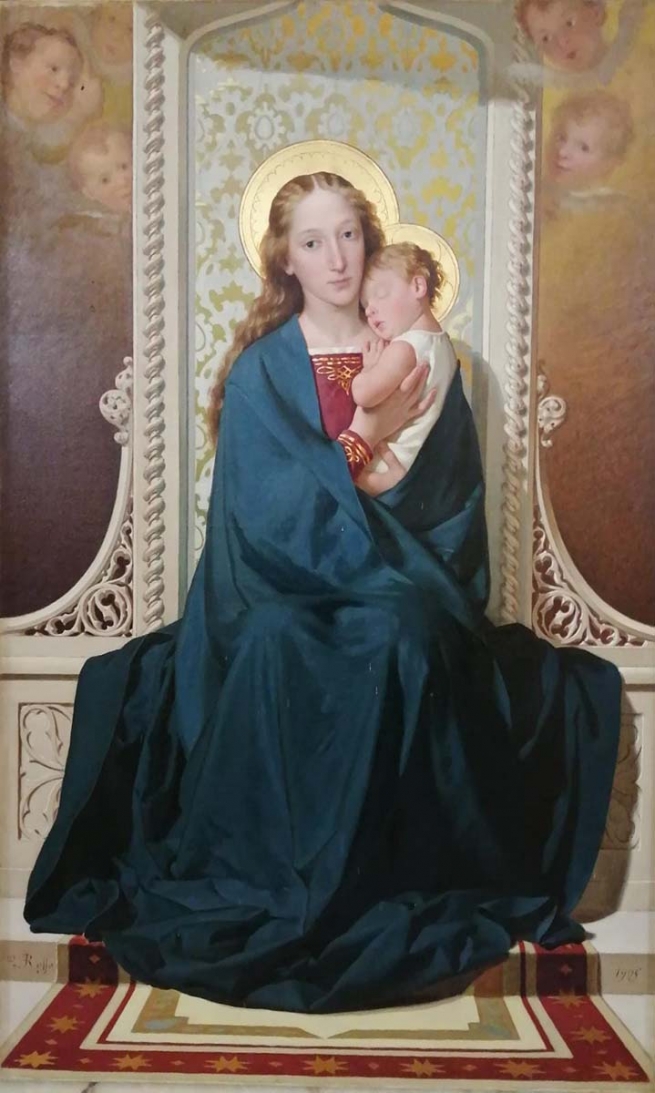 (ANS - Turin) - There are many and different initiatives designed to celebrate the opening of the "Casa Don Bosco" Museum in Turin: presentations, civil and religious celebrations, as well as singular artistic events, such as the transfer of important works of art. Like the painting of the "Madonna" by Reffo, traditionally placed at the Institute "Our Lady of Grace" in Nizza Monferrato; in the forthcoming weeks, the painting will instead be exhibited in the new Salesian museum space in Valdocco.

In 1905, to complete the Church of the "Sacred Heart",  Mother Elisa Roncallo, FMA, had a Marian chapel dedicated to "Our Lady of Graces" built for the girls who attended the Institute "Our Lady of Grace" in Nizza Monferrato. Don Bosco, in fact, out of respect for the Franciscan friars - who had twice been forced to leave the convent and the adjoining sanctuary dedicated to "Our Lady of Grace" for the suppression of religious orders and the consequent confiscation of goods by the State - had preferred to leave the Marian title and not change it with the one dear to him of "Mary Help of Christians". A talented Piedmontese painter was called in, Enrico Reffo.

The painting depicts the Madonna sitting on a neo-Gothic throne with cherubs on the sides and is wrapped in a large blue mantle; the background is golden and highlights the subject. In her arms, asleep, the Baby Jesus. Mary's face has a pale complexion illuminated by the halo, while that of the Child is rosy, in a peaceful and deep sleep. Reffo depicts two powerfully realistic figures; the painter prefers bright colors and manages to express a strong feeling of contemplation and deep devotion. One can see the study of light from life; the colors are clean, clear, brushed large across the background.

This painting was requested for the inauguration of the "Casa Don Bosco" Museum where it will be exhibited until January 31, 2021. It is an ambitious project by the Salesian Congregation, which - as explained by the Rector Major, Fr Ángel Fernández Artime - “has the joy and responsibility of delivering, for the good of the whole Salesian Family in the world, for the pilgrims and tourists of the City of Turin, the new museum, completely renovated, of the places of origin, of the educational adventure spirituality of Don Bosco.”

Reffo's "Madonna" is not the only artistic work that will embellish the rooms of Valdocco for the inauguration of the "Casa Don Bosco" Museum. For the same purpose and in the same spirit, the painting “Don Bosco in Valdocco” by David Pastor Corbì, kindly loaned by the “Colegio Salesiano San Juan Bosco” in Valencia, will also be exhibited until 31 January 2021.