Mexico - The Salesians in Tijuana open their doors to migrants 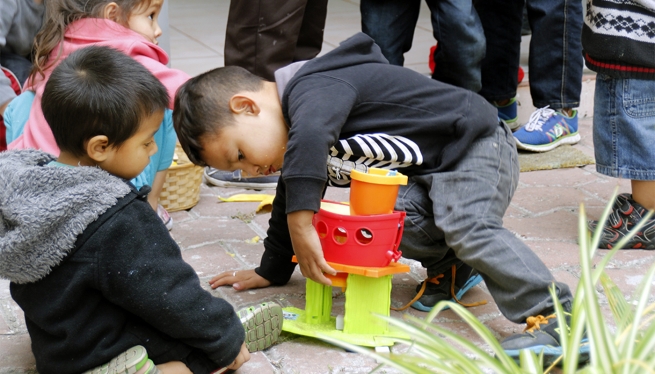 (ANS - Tijuana) - Nearly a thousand migrants from Africa, Haiti, Central America and Mexico have reached the border city of Tijuana to seek political asylum in the United States. While they wait to receive a response to their request they are being helped by the Salesian Oratory of St. Francis de Sales. This means that the facilities available to the oratory have been reduced as a consequence, but the heart has expanded to accommodate these migrant people who are homeless and without food.

Every day hundreds of people come to Tijuana from different areas of Mexico, Central America and various parts of the world. The goal is always the same: to enter the United States to pursue the "American Dream."

Fr Felipe Plascencia, Rector of the Salesian House in Tijuana, describes the situation as something extraordinary. He says that although they are always ready to give help to migrants at the Padre Chava refectory, the situation now "is complicated, because so many people have arrived." Usually, he says, they have been helping between 25 and 30 people per day, but since the start of this situation the number has reached 150 or 170 and currently there are hundreds.

The oratory of St. Francis de Sales does not have much space, since it was not meant to be a reception centre, so it was necessary to transform several rooms into bedrooms. "We are getting the help of volunteers from other churches and some of the meals will be prepared in the community kitchen, since in many cases it comes to helping entire families, including children."

The Rector explains that in some way or other they have been able to find the funds for provisions, although evidently they have to pay higher charges for services such as water and gas, which certainly will increase. However, "we are very willing to serve people in this situation, because they are our brothers and they need us", concluded Fr Plascencia.