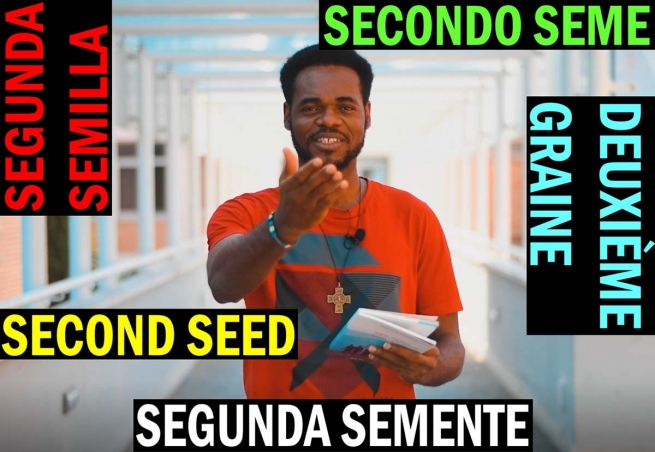 (ANS - Rome) - The dissemination of "Young Salesians and Accompaniment - Orientations and Guidelines", which began last month, continues. We are at the second of the 10 seeds, that is, the most relevant thematic nuclei of this process, which in the research phase involved over 4,000 young people in formation and accompanying persons, from whose contribution the guidelines and directives approved by the Rector Major and by his Council, delivered to the members of the GC28 for the whole Salesian Congregation, were elaborated.

The seed for this month of October, concentrated in a 3-minute video made in 5 languages by young novices and confreres and further developed in the PowerPoint linked to the videos, is on the originality of Salesian accompaniment. In the document, this is what is found above all in the third chapter.

What is brought into focus is the charismatic treasure that Don Bosco gave with his way of becoming a traveling companion for young people and accompanying them towards a full life, towards holiness. Don Bosco does not invent it all out of thin air. His pedagogical and spiritual art comes from great masters, such as Ignazio di Loyola, Francesco di Sales, Alfonso Maria de' Liguori, whom he met and loved through the teaching and example of Saint Joseph Cafasso. But what is born in and with Don Bosco is something new, in full harmony with our times, as the Synod of Youth has demonstrated.

Don Bosco knows how to create an environment where one is transformed "by osmosis", where one breathes the desire for God and that "splendid harmony of nature and grace" (C 21) which triggers the capacity to renew one's life from within, as it did for Magone and Savio. Accompaniment comes in all forms that care for the environment, the group, the focus to each it requires.

If all this is important for formation, it is because it is equally important for the mission. John Paul, Alessandro, Gerald, Anselmo and Chema say this clearly in the question with which they conclude their videos respectively in English, Italian, French, Portuguese and Spanish: “At the end of initial formation do we own this treasure? Does it become part of us? Are we able to recreate this educative-pastoral style of being companion on the way, sharing the material and spiritual bread with the young people in whatever context we encounter them? Is not this Oratorian heart of Don Bosco the purpose of all our formation?”.

As we read in the document, number 77, “The Preventive System is our way of doing things: it is both a pastoral spirituality and methodology. It is ultimately our formation model.”

The “seed video” is available in English on ANSChannel.

On DropBox there is also a folder with all the videos in the 5 languages ​​and the PowerPoint/PDFs connected to them.

Finally, on Google Doc, it is possible for Salesians from the various Provinces and regions to access questions that stimulate community sharing and which can also be answered online.