Angola – Hope for the future for children living in landfills 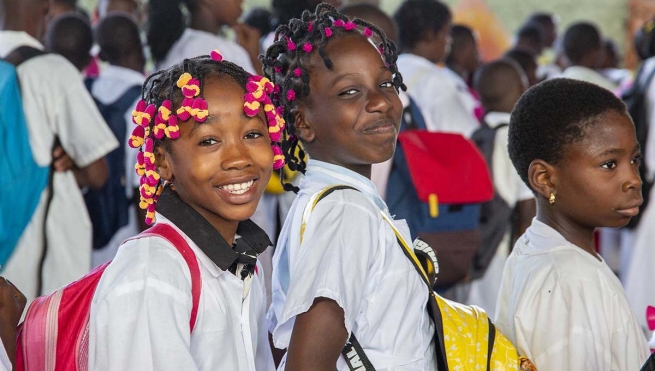 (ANS - Luanda) - Dulce, Esperança and Paulo are three of the thousands of children in the Lixeira district of Luanda, Angola, who are supported by the Salesians of Don Bosco with educational and housing projects. "Lixeira" means garbage dump, and it is in this very neighborhood where survival is most difficult amidst poverty, dust and waste that the Salesians carry on a concrete presence. It starts from a first approach and gradually becomes an educational project, food support, individual attention to the specific needs of each child or young person.

Angola continues to present a critical situation to the detriment of the most vulnerable social groups, exacerbated by the strong inflation that characterized 2019 and the effects of the pandemic. Field activities show that the phenomenon of street children is growing, even among girls, children.

But truly believing that school is a resource for changing the lives of the poorest minors allows the Sons of Don Bosco in Angola to never stop being strong, constant, constructive.

For all minors at risk, continuing the work started in recent years, the Salesians carry on the monitoring and first aid activities on the street, alongside the social reintegration and educational intervention services, and also promote greater awareness of the phenomenon and taking charge of social interventions in the related institutions.

In recent months, then, due to the pandemic, among street children they have conducted information campaigns on the dangers of Covid-19 and have also created an emergency center where to welcome them to keep them away from the dangers of contagion.

The Salesian program to support vulnerable social groups is being fulfilled with concrete objectives and results, year after year. Only in 2019, for example, thanks to the Salesian Mission Office "Missioni Don Bosco" in Turin, 237 children and young people aged 7 to 18 in the Lixeira district received all the attention of the street team and, after first aid and the first stages of approach and reception were integrated into the school system following that personalized path for each minor who enters a house of Don Bosco.

A journey that means creating the foundations for a new future for Dulce, Esperança, Paulo and any other reachable minor.

Further information is available at: www.missionidonbosco.org