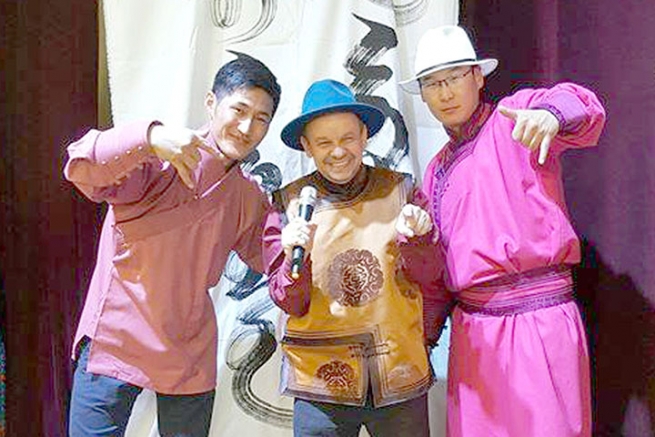 (ANS - Darkhan) – Bro. Krzysztof Gniazdowski, a Salesian brother, is originally from Skwierzyn (Poland). He took his first vows of obedience, poverty and chastity on 22 August 1995. In 2007 he was sent as a missionary ad gentes to Mongolia. A few weeks ago, the only Polish missionary in Mongolia celebrated his Silver Jubilee of religious profession and on this occasion Misje Salezjanskie (Salesian Missions) - a magazine of mission animation published by the Salesian Mission Office in Warsaw - dedicated an extensive interview to him, a summary of which is provided below.

Bro. Gniazdowski has always been involved in the education of young people, first in the technical school, now in the youth center. He told Misje Salezjanskie about the mission in the city of Darkhan, where he was assigned. His testimony regarding the parish of Mary Help of Christians reaches straight to the heart: "This is the only Catholic parish in the country and the 250 Catholics it welcomes are all from Mongolia," explains Krzysztof. "In the capital, however, we can also meet Koreans, Filipinos and people of other nationalities. People love to be with us, in the Salesian environment. Most of the parishioners are elderly, then there are some young people and children. It's rare to find a complete family that attends the country's parishes," he adds.

The article published in the magazine also features many color photos depicting the beautiful Mongolian landscape, cultural and religious traditions. In Mongolia, most people have a shamanic belief and less than 0.3% declare their belonging to the Catholic faith.

Bro. Krzysztof then offers an overview on the lifestyle of the Mongols, on traditional foods, on work and on a whole series of human details that characterize this population. The long description ends with a reflection on poverty.

"Some families in Mongolia live in conditions of extreme poverty," he says, "they even live in suburban landfills and their livelihood depends entirely on recycled waste. One day I was about to throw away my worn-out shoes when a boy approached me and asked me if he could take them. On that same day, I saw him play happily in the oratory, in my old shoes. My thought was simple: I took the vow of poverty, but these young people are living it! The simplicity and humility of the Mongols therefore hit me in the heart. I'm learning a lot from young Mongols and their families. Yes, I'm happy to be able to live and work in Mongolia," he concluded.