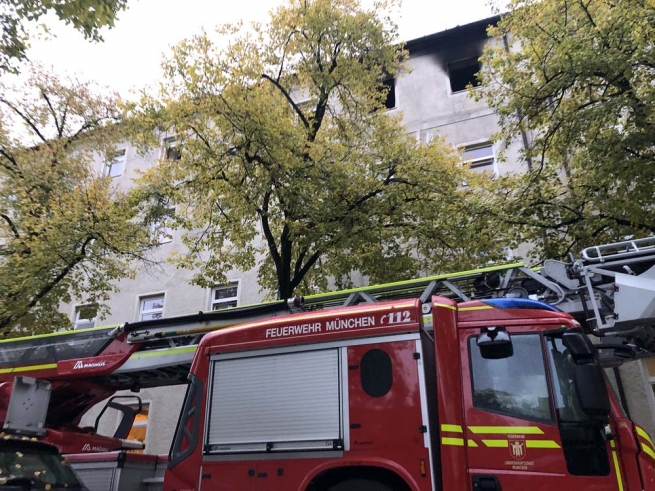 (ANS – Munich) – On the night of Friday, October 16, 2020, a fire broke out in the Salesianum in Munich. A living space on the house's third floor burned out completely. Around 400 young people had to be brought to safety by the fire brigade. Four young people were slightly injured and brought to clinics in Munich with suspected smoke inhalation. More than 100 firefighters and emergency services were on duty until the early hours of the morning. The cause of the fire is unclear. The criminal police are currently investigating.

The fire broke out around two in the morning, for reasons still to be clarified. The authorities are currently investigating the incident.

Living in the directly affected part of the "Salesianum" building were about 40 young people who currently receive educational and psychological support from the house staff. Due to the fire and the massive spread of smoke, their rooms are now unusable.

However, the work of the "Salesianum" includes numerous other areas and services - Oratory and Youth Center, Chaplaincies, Provincial Headquarters, Parish, Publishing House ... - which have not been touched by the flames. For this reason, since Friday 16 the Salesians have made it known that, with the exception of the area affected by the fire, the normal functioning of the "Salesianum" continues to be guaranteed.