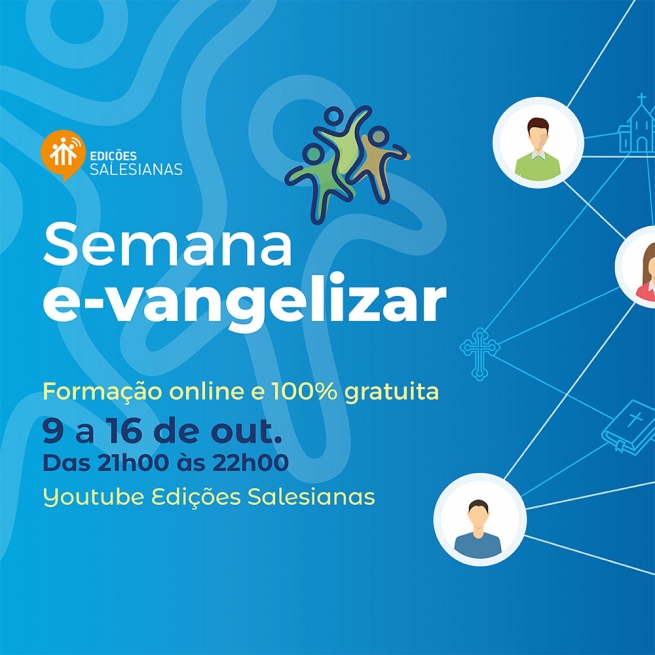 (ANS - Porto) - "E-vangelizar", the formation initiative promoted by "Edições Salesianas", the publishing house of the Portuguese Province, exceeds its boundaries: in the impossibility of carrying out the traditional itinerant mega-event, it transforms itself into a free, online week of formation. For eight nights, from 9 to 16 October, from 9 pm to 10 pm, the members were able to attend the training sessions for pastoral agents live on YouTube.

The sessions were led by experienced animators who regularly collaborate with Salesian educational environments, and covered different topics: from psychology to cinema, from educational techniques and dynamics in times of pandemics to the evangelization of families.

For each workshop, during the first 40 minutes of formation, the animators in charge presented the contents they had developed; then, in the remaining 20 minutes, there was the possibility for everyone to ask questions via chat.

Despite the physical distance and some understandable technical difficulties, the excellence of the formators guaranteed the maintenance of what already characterizes the training activities promoted by "Edições Salesianas": dynamism, a simple and captivating language, a factual competence gained from well-developed educational practices.

The fact that the event took place online, instead of being a limit, has extended the audience of pastoral agents, making it possible for catechists from all parts of the country, including the most remote islands, and even from other European and African countries to participate.

The training videos were always broadcast live. They achieved an average of 1,640 views and remained with the event subscribers for the 24 hours following their broadcast.

At the end of the week, the feedback was very positive and led "Edições Salesianas" to consider the opportunity to give life to other similar proposals.