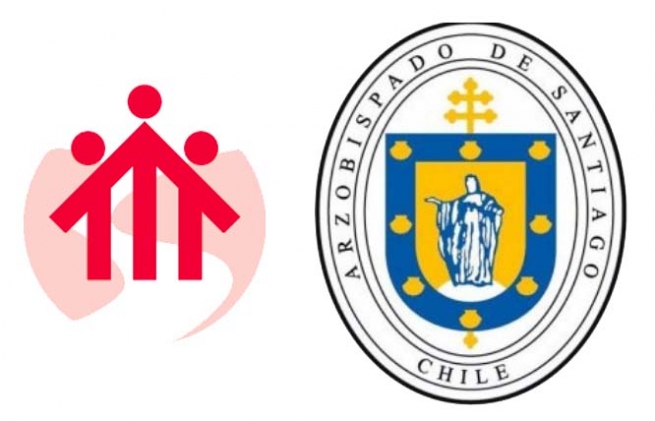 (ANS - Santiago) - On the afternoon of Sunday 18 October, the churches dedicated to Maria Assunta and St Francesco Borgia in the center of Santiago were attacked by local demonstrators: the church of the Assumption was totally destroyed, while the second, the institutional chapel of the Carabinieri, was damaged, but was saved by the intervention of the Fire Department. The attacks took place on the first anniversary of the social mobilization that began with marches and clashes that left thousands injured and thirty dead and put Sebastián Piñera's government in crisis. The archbishop of Santiago, Msgr. Celestino Aós, and the Provincial of the Salesians of Chile, Fr Carlo Lira, expressed their views on the matter.

“We never justify violence,” said Msgr. Aós. “Violence is bad, and those who sow violence reap destruction, pain and death. Already a year ago we suffered an explosion of violence that caused us so much personal pain and so much material destruction that we thought it would have been a bitter and powerful lesson. It cost us to rebuild our structures, and it required constant sacrifice and hardship from the poorest; life has been made more painful for them.

The poor are the most damaged. We hoped that these actions and images would not repeat themselves. Today we again suffer from violent actions and images of vandalism. We are saddened by the destruction of our temples and other public goods; but above all we feel the pain of many Chileans. Peaceful and generous people. These images not only affect and wound Chile, but also affect and wound in other countries of the world, especially our Christian brothers.”

Fr Lira commented: “In Chile, there are some groups that have to do with 'deconstructionism', with gender ideology, feminism and extremist philosophies, which want to attack the Church for the fact of representing a type of traditional values, for the fact that the Gospel is an important part of the structure of Western society and its cultural heritage.

Others are indifferent, as atheists or agnostics, and have no metaphysical concept of faith, which allows them to be indifferent to acts of profanation.

But perhaps the most serious thing is that in Chile we are losing the capacity for dialogue; our society has become so polarized that today violence is legitimized as a means of expression and achievement of desired goals. The distrust of everything and everyone, in particular towards political, economic, security and religious institutions, means that there are no valid channels of expression and dialogue.

Today we have the great challenge of accompanying these legitimate concerns to achieve greater justice and equity, but also of demonstrating that it is possible to do so through dialogue and agreements and the pursuit of the common good, and that violence will never be the way to achieve peace,” he concluded.