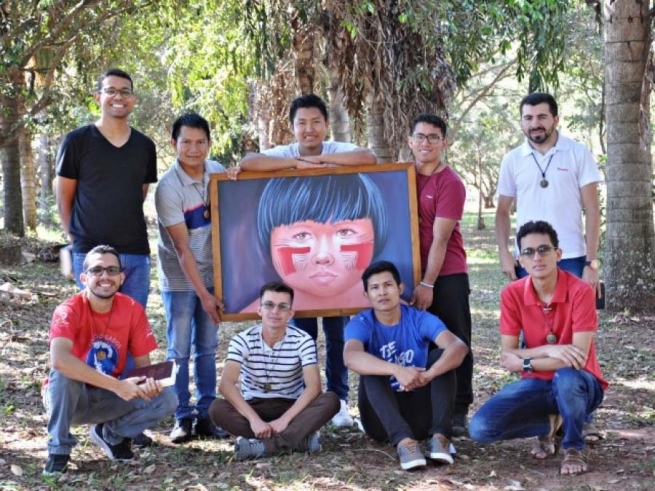 (ANS - Manaus) - Using social networks, in this period in which in-person pastoral activities have been suspended due to the Covid-19 pandemic, the Salesian post-novices of the "St Domenico Savio" Province of Brazil-Manaus (BMA ) have organized themselves to produce a series of vocational and mission videos starting from the history of the Province, from experience in communities, and from the very testimony of the area's Salesians. Named "Cagliero 11 Amazônia", the series foresees the release of a new video every 11th of each month.

“The proposal emerged as a response to a challenge posed by our Province: that of thinking of something that can be done as ministry in the virtual environment. And we thought about the project articulating it on three fronts,” says the Salesian post-novice Antonio Veiga Neto, one of the project's participants.

The first front, which involved the month of August, was making videos with vocational testimonies that explored various dimensions, and which then ended with a live broadcast.

"Cagliero 11 Amazonia" is the second front of the project with videos lasting about 1 minute made with the aim of spotlighting the history of the Salesian mission in the Amazon and various curiosities about the Salesian presence in the region. “We want to talk about the mission in our Province and make a vocational invitation starting from what differentiates us: to highlight what belongs to our region, the working methods of the indigenous and river communities, the linguistic expressions ... The third front of the project, finally, will be to enhance the month of November as a mission month,” adds Antonio Veiga Neto.

By placing the missionary aspect as one of the distinctive characteristics of the Salesian presence in the BMA Province, the post-novice intends to strengthen the importance of the mission in today's world. “I believe that the importance derives in the first place from one's own evangelical motivation because the Church needs this jovial energy, new missionaries to bear witness of the faith. In truth, this missionary call is already our baptismal vocation; the proclamation of the Gospel is the commitment of every Christian and young person who is called to be a missionary in his university, in his group of friends, and through his lifestyle. But the Salesian Congregation also offers young people this challenge of evangelization by feeling the heart and sharing the experience of the Other, with the commitment of the mission in a reality of the river or in an indigenous reality,” he concludes.

The first videos are available on the YouTube channel of the Salesians of BMA: Início das Missões Salesianas em Yauaretê - Ajuri/Puxirum