RMG – Where their freedom lies 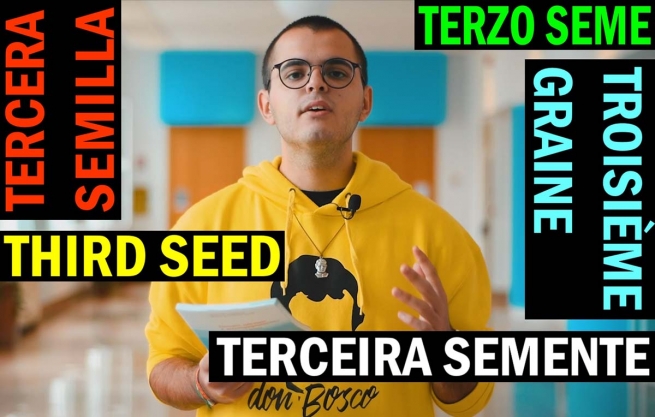 (ANS - Rome) - The light that emerges from the text of article 38 of the Salesian Constitutions, dedicated to the Preventive System, clearly expresses the focus of the third seed which in November is offered as an aid for the dissemination of "Young Salesians and Accompaniment – Orientations & Guidelines."

Attention goes to the beginning of chapter IV of the document: inculturated formation. Salesians are called to relate to youth culture, which is digital, in increasingly intercultural environments, both for the contexts in which the Salesians are inserted, and within the Salesian communities themselves, where building bridges between cultures and generations is, without doubt, the mission to be carried out.

If the leading role of young people is a clear direction, indicated by the Synod of Bishops dedicated to them, by Christus Vivit - which is its mature fruit - as well as by the 28th General Chapter, certainly this is also the path that has been followed at all stages of the development of this document, and that is precisely where it wants to lead us. Within the text, and more so in this part on which the November video-seed focuses.

One cannot relate or tune in to digital culture as outside observers. Those who have the most direct and profound experience of it are the young people who are part of the Salesian communities: pre-novices, novices, confreres in initial formation. Only together, young people in formation and team of formators, young and old, can they find the paths through which the Spirit wants to lead so that the digital habitat is the natural mission field, the place to meet the young people who are waiting for a Don Bosco capable of relating, entering in synch, with them, as he did with the youths of Turin's poorest areas at the time of the first Oratory.

The seed video stimulates reflection on these and other aspects that INCULTURED FORMATION recalls, also through the questions that Nikola, Benny, Rufin, Daniel, and Alvaro ask at the end of the 3-minute video message. The final question is: "How does the formation experience prepare us and enable us to meet young people in the 'point where their freedom is', with their languages ​and cultures? In what respect do formation and mission remain, instead, distant from each other?"

The video in ENGLISH is accessible here and on sdb.org.

On Google Doc, a space is accessible in which to share opinions on this issue, across regions and languages.