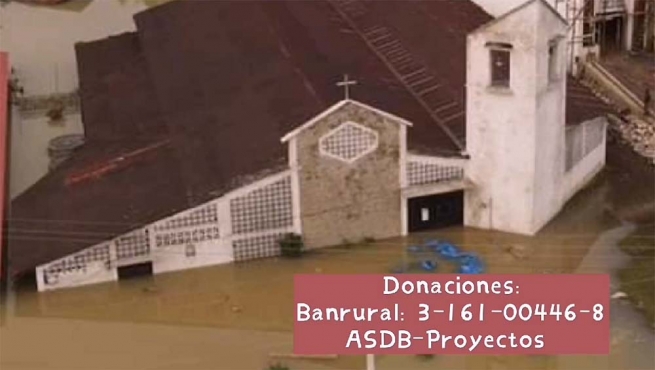 (ANS - San Pedro Carchá) - After having devastated Nicaragua, Honduras and Panama, the tropical storm Eta also heavily hit Guatemala, where it arrived late last Thursday, November 5, and, according to initial estimates, may have caused about 150 victims. From the missionary presence of San Pedro Carchá, in the Department of Alta Verapaz - one of the most affected by the floods following the hurricane's passage - the Salesians are asking for aid to help the poor people.

The various Central American governments have defined Eta as one of the worst calamities to have occurred in recent decades; moreover, it comes at a time made even more critical by the pandemic. The Guatemalan President Alessandro Giammattei has asked for international assistance to carry out rescue operations. Also according to the President, engaged in these days in patrolling areas affected by Eta, only in the Department of Alta Verapaz the devastation has forced about 200,000 people to abandon their homes, and devastated an area of ​​7,300 hectares; it has also destroyed crops and further aggravated the conditions of one of the poorest areas of the continent.

From the Salesian mission in San Pedro Carchá, the Italian Salesian Fr Giuseppe Leo shared a short video, in which he declared: “Here, these days, the rain has been heavy, it has filled the villages, the roads are closed, the houses are flooded, so many people cannot move ... We can say that we are immersed in a lagoon.”

“We turn to you so that you can accompany us with prayer, so that people do not despair and all this can pass quickly,” he added.

The church of Campur is currently completely flooded and the Salesians have been forced to suspend their going out to visit villages because there are trees blocking the roads and landslides.

“May God help and accompany us and May Mary Help of Christians protect us all,” concludes Fr Leo.