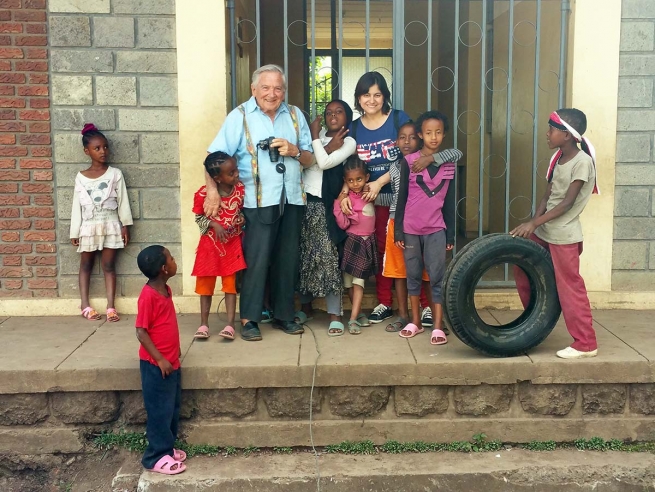 (ANS – Addis Ababa) – Three weeks without communication with the Tigray region in northern Ethiopia. Three weeks of violence and no news from the 25 Salesians who work in four presences in this area of the country: Mekelle, Adigrat, Shire and Adwa. Thousands of Ethiopians, many of them boys and girls, continue to cross the borders into Sudan to flee the violence.

The Tigray Popular Liberation Front (TPLF) decided to hold the general elections postponed in the country due to the pandemic in September in the region. The central government, headed by Abiy Ahmed, considered them illegal and the Ethiopian prime minister declared war on this northern territory of the country on November 4 in response to the attack on an Army base, as the Federal Government says. The conflict has been internationalized by the refugee crisis it is generating and by the launch of a missile from Tigray to the capital of Eritrea.

The situation of violence in the north of the country adds to the consequences of the pandemic, the plagues of locusts and the floods suffered in many areas of Ethiopia this year. “We are facing a very difficult time in the country. Confinement has caused many people to suffer from a lack of food, sanitary materials ... and now that schools were reopening their doors, the conflict between the federal government and that of the Tigray region complicates their survival and they are forced to flee to Sudan,” explains the Salesian who coordinates the Office of Planning and Development Office (PDO) in Ethiopia.

International concern is now focused on the situation of the half a million people who live in the capital of Tigray. Also, in the undetermined number of victims that there are and in the more than 200,000 people who could cross the borders into Sudan in the coming days. The United Nations numbers hundreds of thousands of children in need of humanitarian aid in this Ethiopian region due to the lack of electricity, fuel, food, water and the cut off of land (any type of communication).

Salesian missionaries arrived in Ethiopia in 1975 and first settled in the capital of Tigray, Makelle. There are 14 Salesian presences in the country, four of which are in the conflict region. In them, 25 Salesian missionaries directly serve more than 5,000 minors and young people in educational schools of all levels, technical institutes, youth centres and parishes, but indirectly also thousands of families whom they help and accompany.

“We don't have any communication with our four northern communities: Adigrat, Adwa, Mekelle and Shire. We do not know their situation and we are very worried about our brothers. But also for the students, teachers, workers and all the children, young people and families that we serve,” says the Salesian who heads the PDO.

The Salesians of the Bosco Children work in Addis Ababa also express their concern and desire for a peaceful solution. “We ask you for a prayer that common sense prevails and that those responsible reach a peaceful agreement. Already a lot of blood was spilled uselessly and too many people had to leave everything and flee to Sudan as refugees,” they say.