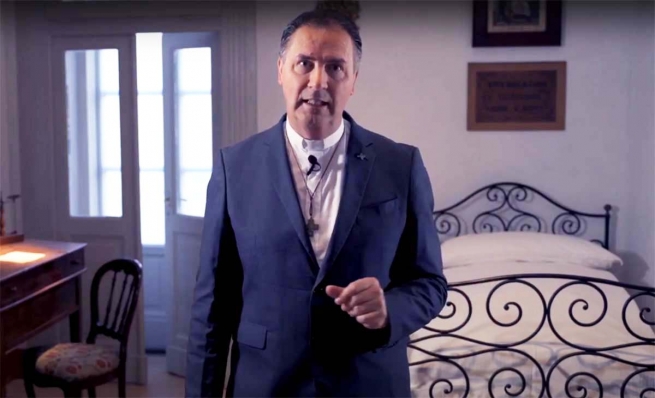 (ANS - Rome) - At the conclusion of the 28th General Chapter of the Salesian Congregation, and to encourage distributing the contents and instructions of that assembly among all Salesians, the Rector Major, Fr Ángel Fernández Artime, inaugurated a series of video - “It's time for GC28” - in which he discusses one of the eight Actions for the new six-year term contained in the document “Post-Chapter Reflections”.

“The time has come to make life of what we have reflected and thought,” begins the Rector Major in this first video, which introduces and explains the first guideline: “SALESIAN OF DON BOSCO FOREVER. Six years for growth in Salesian identity.” The initiative will continue with a video approximately every three months in order to complete the presentation of all eight program lines over the course of about two years.

The video, lasting five minutes, is already available today - in Italian, Spanish, English, French and Portuguese - on the ANSChannel language channels. The subtitled video will be released in other languages soon.