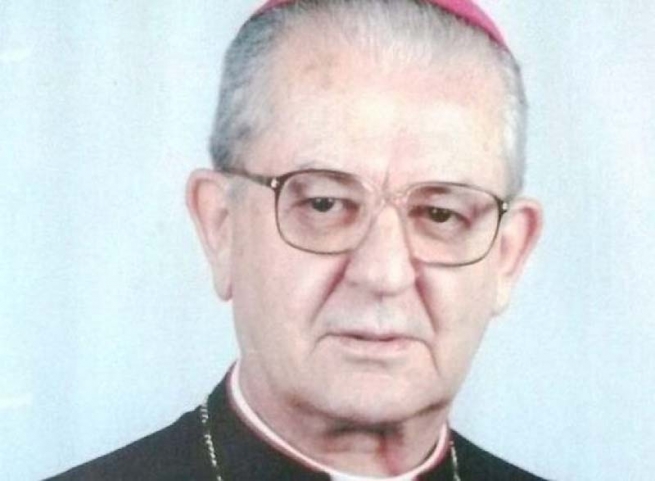 (ANS - Cuiabá) - The Archbishop Emeritus of the Archdiocese of Cuiabá, the Salesian Msgr. Bonifacio Piccinini, died on the evening of Saturday 28 November, at the age of 91. He had been hospitalized at the "Santa Casa" hospital in Cuiabá the previous Monday 23 November, due to an illness, but never recovered. After the funeral, he was buried in the crypt of the Metropolitan Cathedral of Cuiabá.

As bishop, he had participated in the building of over 200 churches in Mato Grosso, and the State Governor, the Hon. Mauro Mendes, decreed three days of mourning for the death of the archbishop, as a sign of gratitude for all the work he did.

Bonifacio Piccinini was born on May 13, 1929, in Luiz Alves, State of Santa Catalina. He made his first religious profession in the Salesian Congregation on 31 January 1948 in Pindamonhangaba and his perpetual profession on 19 December 1953 in Lorraine. He was ordained a priest on 11 February 1960 in Turin.

On 27 June 1975 he was appointed coadjutor archbishop of Cuiabá and received episcopal ordination the following 31 August in Lavrinhas, SP, choosing a fully "Salesian" episcopal motto: "Bonum facere parvulis" (do good to the little ones). On 15 August 1981, he assumed the office of titular archbishop of Cuiabá.