RMG – "God does not allow Himself to be defeated in generosity". Rector Major's Missionary appeal for 2021 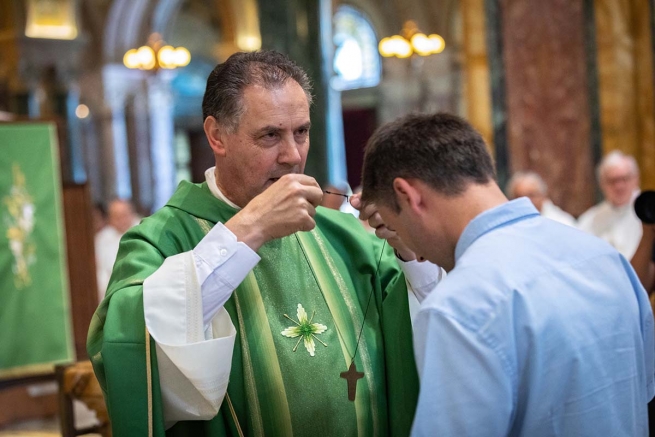 (ANS - Rome) - Yesterday, 8 December, a date dear to the Salesians, because it marks the beginning of Don Bosco's work in favor of poor and abandoned young people, the Rector Major, Fr Ángel Fernández Artime, launched an appeal inviting Salesians to discern if they are willing to put themselves at his disposal as missionaries ad gentes, ad exteros, ad vitam throughout the world.

Fr Á.F. Artime emphasized that, were it not for Don Bosco's missionary spirit and the missionary generosity of the first Salesians, the Salesians today would probably be just a small Congregation with few members in Italy. Thanks to Don Bosco's missionary spirit and zeal, today the Salesians continue their mission as "witnesses-signs" of God's saving Love for poor and marginalized young people in the most diverse cultural and religious contexts in 134 countries.

-       in the presences in the Amazon and in several missionary frontiers of Latin America;

-       in the Salesian presence at the service of refugees and in the new frontiers of Africa;

-       in Lithuania, Bulgaria and in the other new frontiers of Project Europe;

-       in the numerous presences in the islands of Oceania.

The Rector Major writes in his missionary appeal: “Let us keep in mind that God does not allow Himself to be defeated in generosity. Certainly, a greater missionary generosity will stir up a renewed vitality in the Province and, God willing, also new vocations to replace those who depart for the missions."

The letter of the Rector Major's missionary appeal is available, in various languages, in the attachments at the bottom of the page.