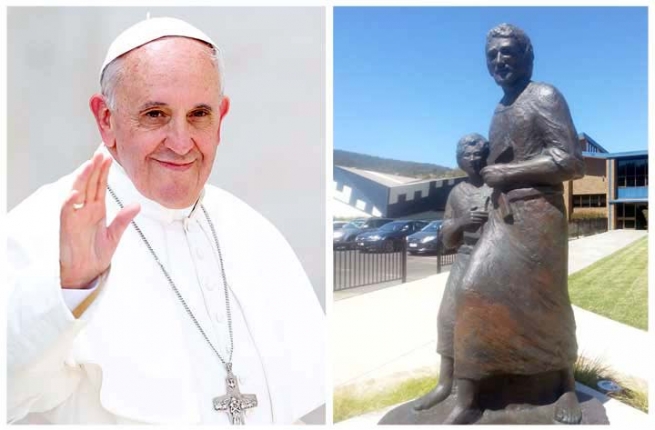 (ANS - Vatican City) - "WITH A FATHER'S HEART: this is how Joseph loved Jesus, called in all four Gospels 'the son of Joseph'." Pope Francis begins with these incisive words in his Apostolic Letter Patris Corde, published on the occasion of the 150th anniversary of the Quemadmodum Deus decree, with which on December 8, 1870, Blessed Pius IX declared Saint Joseph Patron of the Catholic Church. And to worthily celebrate the anniversary, the Holy Father has also announced a special jubilee year in honor of St. Joseph. The news also filled the Salesian Congregation with joy and satisfaction, which also boasts the Artisan of Nazareth, the Carpenter, among its Patrons.

In the letter Patris Corde the Pope shares "some personal reflections on the extraordinary figure" of Saint Joseph, reflections that the pandemic has motivated even more to sharing. The crisis generated by Covid-19 has, in fact, highlighted that our lives are woven and supported by ordinary people - usually forgotten - who do not appear in the headlines of newspapers and magazines or on various stages, but who, without a doubt, are writing the decisive events of our history today. People like St. Joseph,  “the man who goes unnoticed, a daily, discreet and hidden presence,” who nonetheless played “an incomparable role in the history of salvation.”

Subsequently, the Pope lists the many peculiar traits that make the Spouse of the Virgin Mary a model of father for humanity: “...a beloved father, a tender and loving father, an obedient father, an accepting father; a father who is creatively courageous, a working father, a father in the shadows.... The world needs fathers," the Pontiff asserts again, and this is the reason for this special reference by the Pope to the figure of St. Joseph, " a father realizes that “he is most a father and an educator at the point when he becomes ‘useless,’ when he sees that his child has become independent and can walk the paths of life unaccompanied,” a father who always knew that that Child was not his, but had simply been entrusted to his care.

In a certain sense, concludes Pope Francis, we are all always in the condition of Joseph: a shadow of the one heavenly Father, who “'causes his sun to rise on the evil and the good, and sends rain on the righteous and the unrighteous'” (Mt 5, 45); and a shadow following the Son.

In support of the letter Patris Corde, the Holy Father also promulgated a decree to grant the gift of special indulgences on the occasion of the Year of St. Joseph (8 December 2020-2021) to all the faithful who will recite any legitimately approved prayer or act of piety in honor of St. Joseph, especially on the recurrences of March 19 and May 1, on the Feast Day of the Holy Family of Jesus, Mary and Joseph, on St. Joseph's Sunday (according to the Byzantine tradition), on the 19th of each month and every Wednesday, day dedicated to the memory of the Saint according to the Latin tradition.

The complete text of the decree is available on the website of the Holy See.