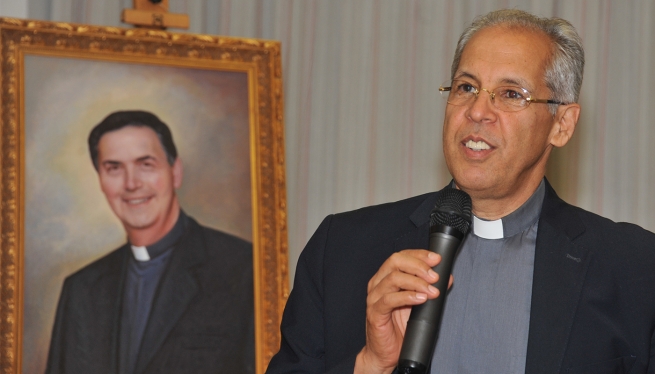 (ANS - Rome) - The Rector Major, Fr Ángel Fernández Artime, with the consensus of his Council, has appointed Fr José Pastor Ramírez as Provincial of the Salesian "St John Bosco" Province of the Antilles for 2021-2026. Fr Pastor Ramírez is currently Rector and Parish Priest of the "St John Bosco" house in Santo Domingo, Director of the Antilles Salesian Library, and also offers the service of Chaplain of the Sovereign Order of Malta in the Dominican Republic.

José Pastor Ramírez was born on March 28, 1959, in Jarabacoa, near La Vega, Dominican Republic, the first of six children. Growing up in a peasant family, which passed on the values ​​of the Christian faith to him, he first met the Salesians at the oratory of Jarabacoa, where he spent his childhood and early adolescence.

He completed his novitiate in Villa Mella, Dominican Republic, and made his first vows on August 16, 1980; after making his perpetual profession on 15 August 1986 in Tlaquepaque, Mexico, he was ordained a priest in his hometown on July 22, 1989.

His curriculum is wide-ranging: after his formation in Philosophy (Baccalaureate) at the Seminary "St Thomas Aquinus" in Santo Domingo, and Theological formation (Baccalaureate) at the Institute of the Risen Christ in Guadalajara, Mexico, he studied Mathematical Physics at the National University “Pedro Henríquez Ureña” (from 1981 to 1985); he specialized in Spiritual Theology at the Salesian Pontifical University in Rome (from 1994 to 1996); Clinical Psychology at the Catholic University of Santo Domingo (1999 -2003); and holds a Masters in Systemic Family Therapy from the Autonomous University of Santo Domingo (2007-2009), as well as having completed Transactional Analysis courses at "Farma Green", and various distance vocational training courses.

He was accredited at the Hahnemannian International Institute (Online Argentina - from 2005 to 2006) and attended the Spiritual Accompaniment course at the National Center for Salesian Youth Ministry (2010-2012) in Madrid, Spain. He obtained a diploma in "Leadership and Management of Education" from Barna, a Diploma in Family Constellations from the Center for Human Integration, accredited by the University Extension of the Domus CUDEC®️ Group, in Mexico (2016 to 2018), and the diploma in Educational Neuropsychology and Cognitive Neuropsychology in 2019-2020 at the Neuropsychology Formation Center of the Dominican Republic, based in Santo Domingo.

Fr José Pastor Ramírez takes up his new post on Saturday 26 December during the Eucharist which will be celebrated during the Assembly of the Confreres in Pinar Quemado, Jarabacoa.