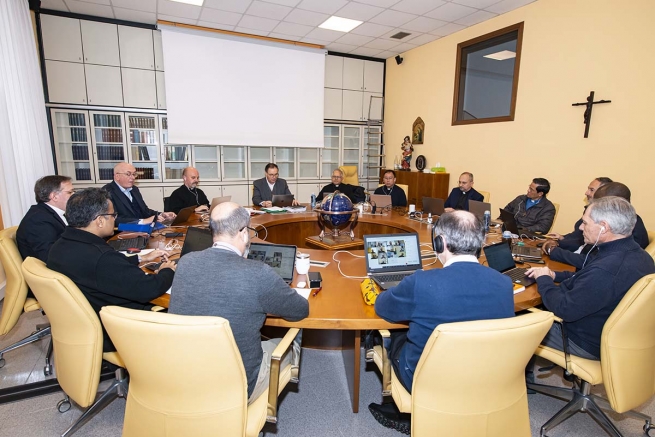 In the Rector Major's accompanying Letter to the Program, he wrote the six-year term called for audacity, prophecy and fidelity. He also examines the current "time of precariousness" and then invites the Congregation to use "a believing way of looking at reality and the world". Then follows a presentation, almost "by concentric centers" of the programmatic lines of action of the Rector Major and his Council for the six-year term with a precise definition of the "clear priorities". All this, taking care to follow up on the invitation left by Pope Francis at the 28th General Chapter: "dream ... and make others dream".

In addition to dedicating itself to the animation and governance of the Congregation, with its gaze projected over the entire six-year period, the General Council is also involved in another type of activity at this time: in these days of plenary session, the environments of the Salesian Headquarters and the spaces are being re-arranged so that all the Councilors have adequate spaces for their animation service.

The six-year program of the Rector Major and the General Council is currently available in Italian and English on the sdb.org website.