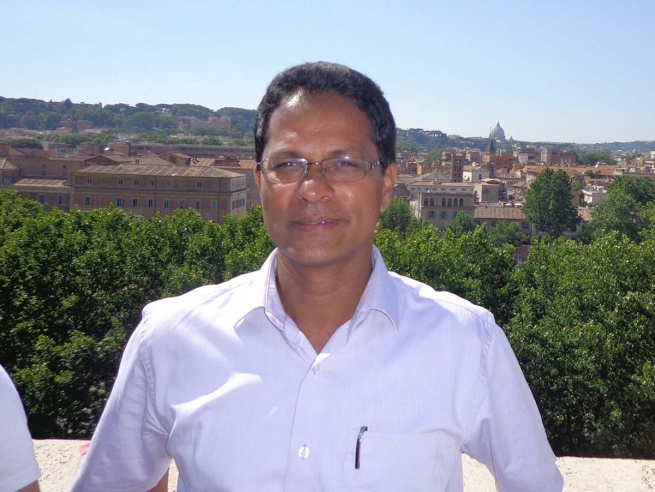 (ANS – Rome) – On 10 December 2020, the Rector Major, Rev. Fr. Ángel Fernández Artime, with the consent of his Council, nominated Rev. Fr. Jose Thomas KOYICKAL, SDB as the 8th Provincial of the Salesian Province of Sacred Heart, Bangalore, India for the six-year period of 2021-2027. The Province has 373 confreres who work in 44 communities in the States of Karnataka and Kerala in India. The Province also regularly sends missionaries to Nepal.

Fr. Koyickal made his First Profession at Mount Don Bosco, Kotagiri on 24 May 1984 and after his theological studies at Kristu Jyoti College, Bangalore, was ordained a Priest at St. Mary’s Church Moozhoor on 2 January 1995. He was born on 22 January 1965 to Thomas and Annamma and has 3 brothers and 2 sisters. One of his sisters is a religious belonging to Sisters of Charity of St. Vincent De Paul.

After his study of Philosophy and BA in English Literature at Salesian College, Sonada, Fr. Koyickal did his Practical Training at Don Bosco Irinjalakuda and Don Bosco Aluva. Before proceeding to theological studies, he completed MSW (Master of Social Work) from Sacred Heart College, Thiruppattur (1989-1991). He secured his PhD in Social Work from Bharathidasan University, Trichy in 2009.

Before being appointed to be the Provincial, Fr. Koyickal has served as Rector and Manager of Don Bosco College Angadikadavu and as HoD of Social Work Department in the same College. Prior to that he taught in Don Bosco College, Mannuthy. Before that he served as Director of the Don Bosco Snehabhavan Annexe at Kochi, as Assistant Parish Priest and Administrator of St. Stephen’s Church, Thope, Kollam and as Executive Director of FCDP (Social Work).

During his years of service and especially in the last six years as Vice Provincial and General Coordinator of Youth Ministry in the Province, Fr. Koyickal has become known among his confreres for his human and Salesian qualities, especially for his kindness, simplicity, understanding, prayerful and friendly approach and for his capacity for planning and administration.