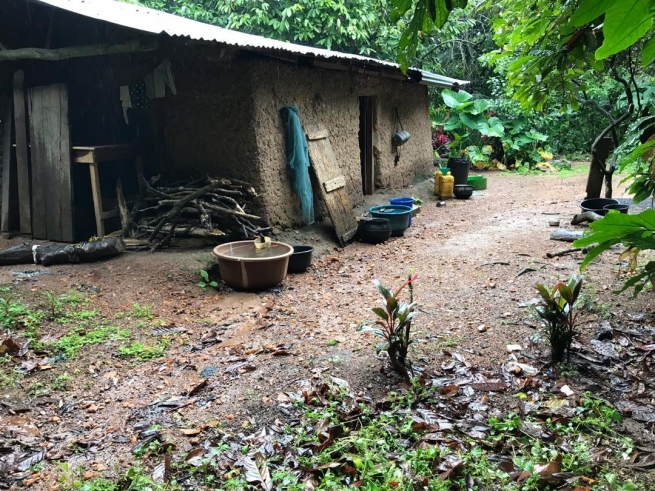 (ANS – Abuja) – Five communities in Nigeria have clean water access thanks to donor funding through the Salesian Missions “Clean Water Initiative.” Borehole projects have been completed in Alaenyi, Umuaju, Bagbe, Nsasak Afaha and Neke. Due to geographic conditions, there is very little potable water in this region, and people—mostly women and children—are forced to travel long distances to access clean water for their daily needs or rely on rain and river water, which can sometimes be contaminated.

UN-Water estimates that worldwide 2.1 billion people lack access to safely managed drinking water services and by 2050, the world’s population will have grown by an estimated 2 billion people, pushing global water demand up to 30 percent higher than today. One in four primary schools has no drinking water service, with students using unprotected water sources or going thirsty.

The new boreholes provide clean water, reduce outbreaks of waterborne diseases and eliminate the need for traveling hours each day in search of water. Poor residents of these communities, students, and women and children will benefit from these boreholes. Children can remain in school instead of searching for water. Women no longer have to travel long distances, often risking their lives just to find a water source.

“The water projects we fund ensure that Salesian programs around the globe have access to safe, clean water for the health and safety of those we serve,” said Father Gus Baek, director of Salesian Missions, the U.S. development arm of the Salesians of Don Bosco. “Ensuring access to clean water brings a sense of dignity to communities and promotes proper hygiene. This also reduces the number of waterborne illnesses that can affect those in our schools, keeping them away from important study time.”

Nigeria, Africa’s most populous country and the second strongest economy in the Continent, also has extreme rates of poverty with 100 million people living on less than $1 a day. About 64 percent of households in Nigeria consider themselves to be poor while 32 percent of households say their economic situation had worsened over a period of one year, according to UNICEF. Poverty still remains one of the most critical challenges facing the country and population growth rates have meant a steady increase in the number of people living in conditions of poverty.