RMG – A year dedicated to the memory of Fr Paolo Albera 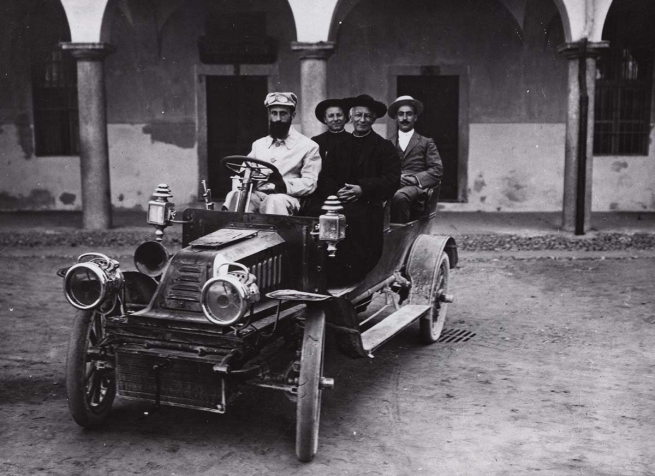 (ANS – Rome) - In the Acts of the General Council 432 (2020), the Rector Major Fr Ángel Fernández Artime promulgated a year dedicated to the memory of Fr Paolo Albera, commemorating the first centenary of the death of the second successor of Don Bosco.

The Year will be inaugurated during the Salesian Spirituality Week, 15-17 January 2021, which this year, because of the Corona virus pandemic, will be held completely online. A video interview with Bro. Paolo Vaschetto, an Albera scholar currently pursuing a doctorate in Salesian history at the UPS, will be broadcast during these days.

The Year will be brought to a conclusion during the Salesian Spirituality Week, 13-16 January 2022.

During the year, one of the highlights will be a Congress on Fr Albera organized by the Salesian Historical Institute (ISS) – Rome, 30 October to 1 November 2021, at Valdocco.

Throughout the year there will also be a special exhibition, “Paulo Albera (1845-1921): The world seen through his eyes,” in “Casa Don Bosco” museum, Valdocco, Turin. The exhibition will be inaugurated by the Rector Major, Fr Ángel Fernández Artime. Photographic and documentary material has been meticulously researched from the Central Salesian Archives and other sources by Bro. Paolo Vaschetto and his collaborators, and gives us an extremely interesting glimpse into the life of the second successor of Don Bosco, not least into his many and demanding travels around the Salesian world, both as representative of Don Rua and as Rector Major. The exhibition also contains some items from the extensive correspondence carried out by Albera with the over 1,500 Salesians directly involved on different sides of World War I, and excerpts from Albera’s spiritual diary, which he wrote not only in Italian but for several years also in French and in English.

Germain Kivungila (ISS) is preparing a new biography of Albera, while Aldo Giraudo is working on an anthology of his writings, which will be prefaced with a biographical profile and a note on Albera’s spiritual-charismatic contribution. Work on translations is under way.

The Salesian Bulletins around the world will carry Bruno Ferrero’s article on Albera, and have been encouraged by Fr Gildasio Mendes dos Santos, Councillor for Social Communications, to find ways of promoting the Albera Year.