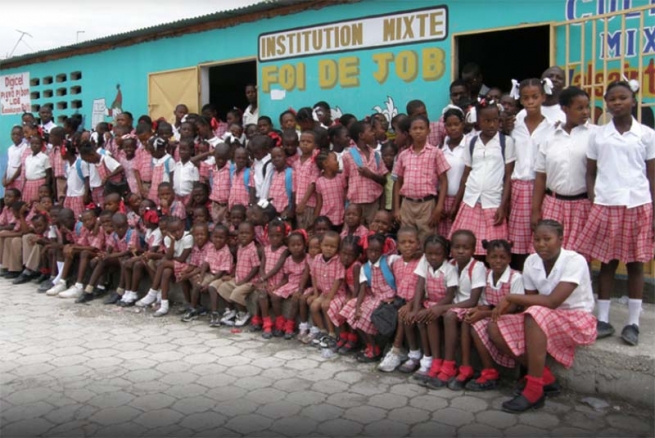 (ANS - Port-au-Prince) - 11 years have gone by since that 12 January 2010 that wrought havoc to the lives of the people of Haiti. The earth shook for an interminable 45 seconds, causing 300,000 victims, affecting 1.5 million people, and destroying 90% of the schools present throughout the territory. The Covid-19 pandemic has exacerbated the country's problems, with over six million people living in poverty and 60% of the population unemployed.

In Haiti, Salesian missionaries continue to work alongside the population, serving more than 24,000 children and young people in their rebuilt schools every year, but it is not enough. The pandemic, in fact, has considerably and further worsened social hardships.

“We Salesians were among the first to commit ourselves to reconstruction; a reconstruction first of the human being and then of the infrastructures,” explained Fr Jean Paul Mesidor, Provincial of the Salesian Vice Province of Haiti. “In this decade, we have worked hard to rebuild many of our centers, but over the years this momentum has faded. Today, everything is paralyzed and we have to face other emergencies such as the pandemic,” he added.

Covid-19 has placed itself inside a context that is already marked by violence, insecurity and poverty, and is leaving serious socio-economic consequences. As Fr Mesidor further explains, many children have dropped out of school due to the economic problems of their families and thousands of people have lost their jobs.

During the months of lockdown, the Salesians stood by the locals: they carried out awareness programs on protective measures, distributed more than 8,000 masks, provided hygiene kits and food to more than 3,000 vulnerable families, and launched a seed distribution project and agricultural tools to help 1,500 families.

Furthermore, Misiones Salesianas, the Salesian Mission Office of Madrid, continues to invest in education with scholarships to help students without resources. “We still believe in education as the only way out for the poorest children and young people. They will be poorer and poorer if they do not have access to education,” concludes Fr Mesidor.