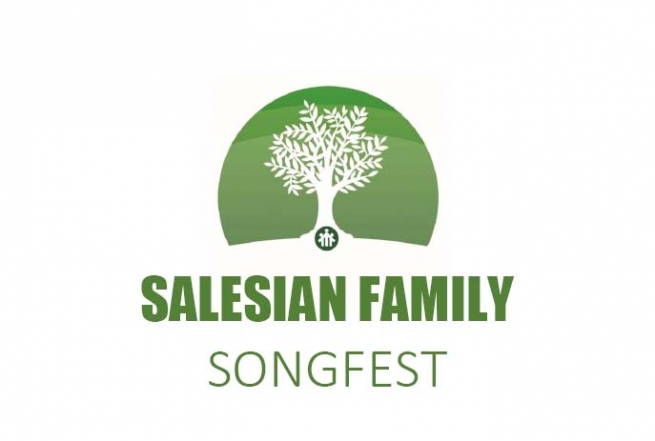 (ANS – Mumbai) – “Salesian Family Songfest” is a tribute of love and gratitude to the Salesian Family for the education received. This production consists of songs 14 to 30 taken from the music score of Don Bosco, A Witness to Light compiled by Jay Franco and produced and prefaced by Fr. Joaquim Fernandes, SDB in 2019.

The hymns in this album are inspired by the spirituality of the worldwide Salesian Family, which consists of Salesians of Don Bosco (SDB, established in 1869), Daughters of Mary Help of Christians (FMA, established in 1872), Salesian Cooperators (1876), the World Federation of Salesian Past Pupils of the SDBs and FMAs (1908), and many more.

According to statistical data published on December 31, 2019,

- Daughters of Mary Help of Christians were 11,841 and are present in 97 countries.

Today, the total number of organizations that form part of the International Salesian Family is 32, comprising over 402,500 members. (source: www.sdb.org).

The album, Salesian Family Songfest, evolved over ten years. In August 2011, Tej-Prasarini published a CD of thirteen hymns entitled Don Bosco – A Witness to Light. The occasion was the visit of the pilgrim relics of St. John Bosco to the Salesian Province of Mumbai. A couple of years later, Jay Franco, a musician and Salesian past pupil listened to the album at his home in Toronto and thought it a good idea to compile the sheet music to accompany the thirteen recorded songs. He was enthusiastic about the project and felt it would be worthwhile increasing the number of hymns celebrating Salesian holiness from thirteen to thirty. Thus, he added seventeen new hymns to the compilation, some of them translations of Italian, Spanish and Latin hymns.

On March 24, 2020, something unexpected happened in India. A nationwide COVID19 lockdown was enforced, confining more than one billion people to their homes. Roney Gomes, an accomplished musician with a mini-recording studio in Mumbai, was one of them. On being informed about the unrecorded seventeen songs, he immediately volunteered to make the best of a bad situation. He enthusiastically welcomed the proposal and coopted his son Myron and wife Mylene into the project. Being past pupils of Salesian schools in Mumbai (run by SDBs and FMAs), they considered it a privilege to pay tributes to Don Bosco and Mary Mazzarello for the education received. Thanks to their generosity, dedication and perseverance over six months, we now have the Salesian Family Songfest ready for use.May they be blessed forever!