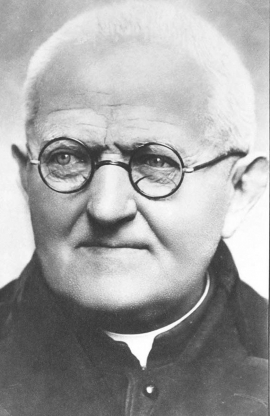 (ANS - Rome) - On the occasion of the Venerability of the Servant of God Ignazio Stuchlý, decreed by Pope Francis on 21 December 2020, the Rector Major, Fr Ángel Fernández Artime, wrote a letter to his Salesian confreres and members of the Salesian Family entitled: "The Venerable Ignatius Stuchlý, a man moved by hope", underlining the "testimony of a man and a consecrated person who in very difficult situations and times knew how to live with hope and evangelical strength".

After retracing the stages of his life marked by a demanding journey of vocational discernment, from Salesian formation in contact with the first generation who lived after Don Bosco's death to the various obediences lived in different contexts and with multiple duties and responsibilities, the Venerable learned to accept and face promising challenges in the educational and pastoral fields and in the exercise of authority, in obedience to the Church and at the service of the young.

Over an adventurous and enterprising life Fr Ignazio Stuchlý was able to transmit the genuine Salesian spirit to the new generations, in particular as founder of the Salesian presence in Czechoslovakia; he embodied a heroic fidelity to the Gospel, to the Church and to the Salesian charism in historical seasons marked by totalitarian ideologies and regimes such as Nazism and Communism; he lived in an exemplary and inspiring way the virtues of humility, industriousness and obedience, matured in fruits of vocational and apostolic fruitfulness.

“A man who lived in many and different geographical, linguistic and cultural realities (such as today's Poland, Czech Republic, Slovakia, Slovenia, Italy), also in borderlands (between the current Czech Republic and Poland, in Moravia in the nineteenth century strongly influenced by the German-speaking culture, or in the Austro-Hungarian Gorizia of the early twentieth century and then in Ljubljana), the Venerable Ignazio Stuchlý proposes himself as a man of peace, unity and reconciliation between peoples. In difficult contexts and facing numerous challenges with great faith and hope, the new Venerable leaves us a message of great relevance: 'Let us work while it is day. When night comes, the Lord will provide.'”

The letter from the Rector Major is available - in Italian, Spanish, English, French, Portuguese and Polish - at the bottom of the page and on the sdb.org website.