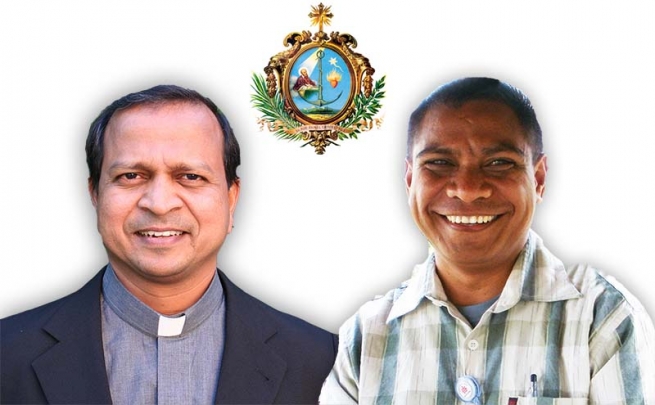 Fr. Fernandes, 51, belongs to the same Province, but is actually working in Divyadaan (Province of Mumbai), as Dean of the Institute of Philosophy in Nashik. Born on 4th February 1965 in Assolina, State of Goa, he became a Salesian in 1984 in Nashik and was ordained a priest in 1994 in Panjim. He obtained his PH.D. in Philosophy at the Salesian Pontifical University (UPS) in Rome and worked as professor and formator of Salesians for a considerable period of his life.

He speaks fluent Konkani, Italian and English. His missionary experience in Karnataka and his formation in Maharashtra help him to feel at home in the three States that form the Province. Fr. Fernandes will be the third Provincial of the Province of “St. Joseph Vaz”, and on August 1st, he will commence his mandate, valid for the six-year term 2016-2022.

The appointment of Fr. Apolinario Ornai Maria Ornai Neto became necessary after Fr. Virgilio da Silva do Carmo – Superior of ITM from January 2015 to January 2016 – was appointed Bishop of Dili, the capital of East Timor.

From 1998 to 2004 he was Vicar and Economer in Los Palos (a presence which comprises a parish, an orphanage and an oratory), and from 2004 to date he resided in the Don Bosco Centre of Comoro (Dili), first as Rector of the Technical-Vocational Centre, than as Rector of the Provincial House. In the last 11 years he also exerted the following ministries: Secretary of the Vice-Province, Parish Priest, Delegate for Salesian Cooperators and ADMA, Delegate for the Salesian Family and, finally, from 2010 also Vicar of ITM.

The induction ceremony is planned for next July 11th.