Poland – Young Salesians in Krakow in time of Covid-19: roll up their sleeves to help others 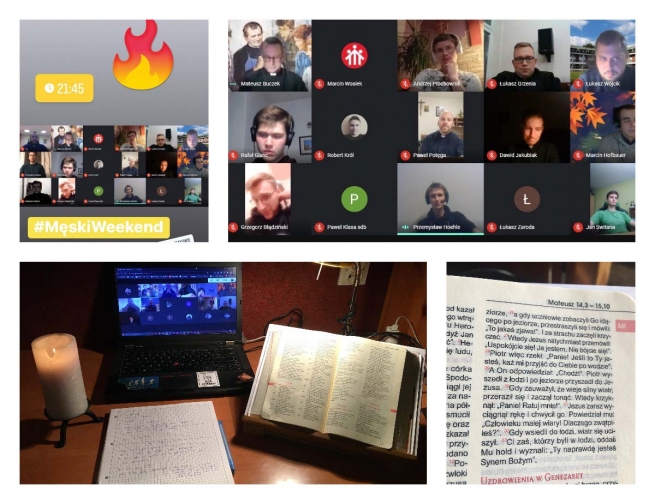 (ANS - Krakow) - The young people of Krakow have shown that in ths era of Covid-19 they are able to bring not only spiritual help, but also that linked to human needs. Following in the footsteps of Don Bosco and his boys, who helped the cholera sufferers in Turin in 1854, the young clerics rolled up their sleeves to concretely help one of the Houses of Social Assistance (DPS, in Polish) in Krakow.

A year ago, no one would have imagined that everyone's life in the world would change so much and so quickly. The pandemic has forced everyone to reorganize their lifestyles, and the restrictions imposed on society have caused many activities to be suspended or changed.

Don Bosco's heirs are known for their commitment in favor of lost youth. With the block of social life which forced everyone to shut themselves in their own homes, contacts were suspended little by little and, consequently, the Salesians have had to find a way to reach the young people. They found it on the Internet.

The young recipients of the Salesian charism have in fact moved their meetings online. As could be seen since the Lenten retreat last year, and then later, the network has been a privileged meeting place, not only for young people, but also for adults. In fact, the faithful could participate in liturgical functions and Masses broadcast live, while in the evening they could participate online in the adoration of the Blessed Sacrament.

The summer months allowed the fulfillment of the Salesian charism in the more traditional forms. Despite the health restrictions, the Salesians managed to organize many activities and many young people were able to participate in various initiatives: sports camps, canoe trips, mountain walks, daily camps ... Without neglecting one of the most important elements of the Salesian charism : entrustment to Mary. For example, the Salesians, with the faithful from Lublin, went on a pilgrimage to the Sanctuaries of Podlasie for four days, while pilgrims went to the Marian Shrine in Przyłęków on the occasion of the 134th anniversary of the apparitions on the hill.

Finally, the Salesians have shown that in times of pandemic they are able to help not only spiritually but also practically, following the actions of Don Bosco and his boys at the time of the cholera in Turin. Like them, the young Salesian clerics of Krakow got busy, brought help to the residents of one of the Care Homes in this city: performing simple services, such as cleaning, disinfecting the kitchen, the canteen, the elevators. or the railings ...

The attitude of these young men testifies how love for one's neighbor must be shown not only with words, but above all with concrete gestures.