RMG – Appointment of the new Provincial of Vietnam-Mongolia 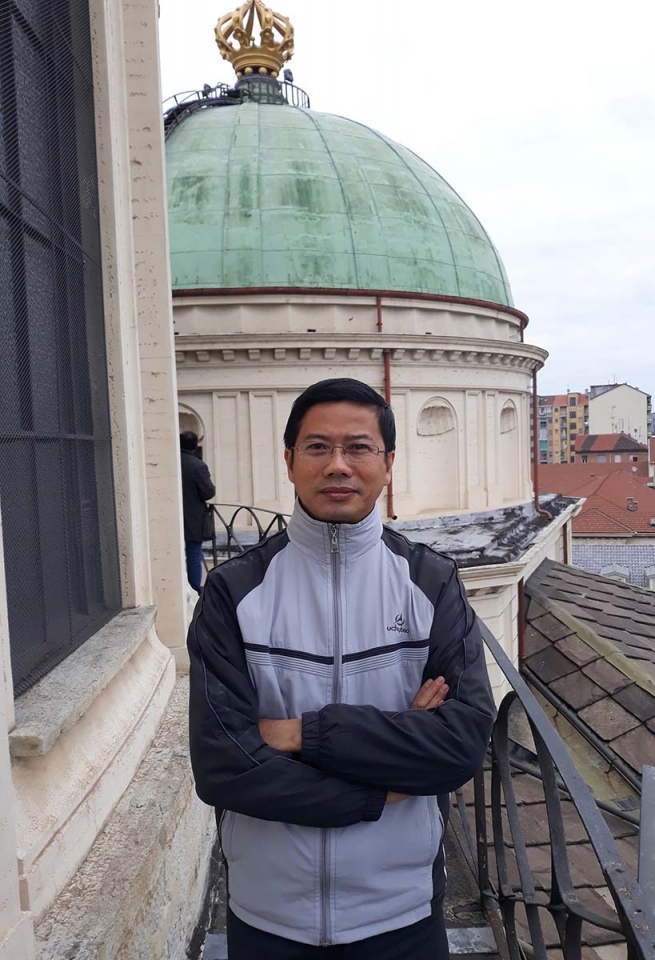 Fr Barnaba Le An Phong SDB was born on 11/06/1970 in Quang Tri (Central Vietnam). As a high school teacher of Vietnamese literature, he joined the Salesian Aspirantate program in the postnovitiate community in Dalat (1994).

After his postnovitiate in Vietnam, he did his practical training in Florence province (Italy), continued with his specific formation in Rome [UPS] and completed with a Licentiate in Moral Theology [2000-2010].

In 2011, he offered his ministry of teaching in the theologate in Turin, and served as the Vice-Rector of the community for Salesian Lay Brothers in Valdocco [Turin]. He completed his doctoral program in 2013.

Back to Vietnam 2014, he lived and worked in the Rinaldi specific formation community as Vice-Rector and then as Rector since 2015. He was among the two VIE delegates for GC28.

The current Vietnam province also includes two Delegations: Mongolia [2001] with 8 ad gentes missionaries and North Vietnam [2019] with 46 perpetually professed Salesians. In total, the province has 340 professed members, with 203 priests, 56 Brothers, 81 candidates to priesthood and 20 novices. As it is blessed with vocations, the province has various services like parish ministries, boarding centers for boys in difficult circumstance, social outreach programs, a retreat center, boarding houses for college and high school students, which serve thousands of young people and parishioners. For the last 20 years, the Province has had a number of young Salesians who have responded to God’s call as ad gentes missionaries [a total of 106 in 48 countries].

“We pray for the new superior of the Vietnam [VIE] to animate all the confreres and lay mission partners as they continue to advance with the Congregation in responding to the needs of the young today” Fr Joseph Nguyen Thinh Phuoc, Regional Councilor for East Asia-Oceania Region, stated.