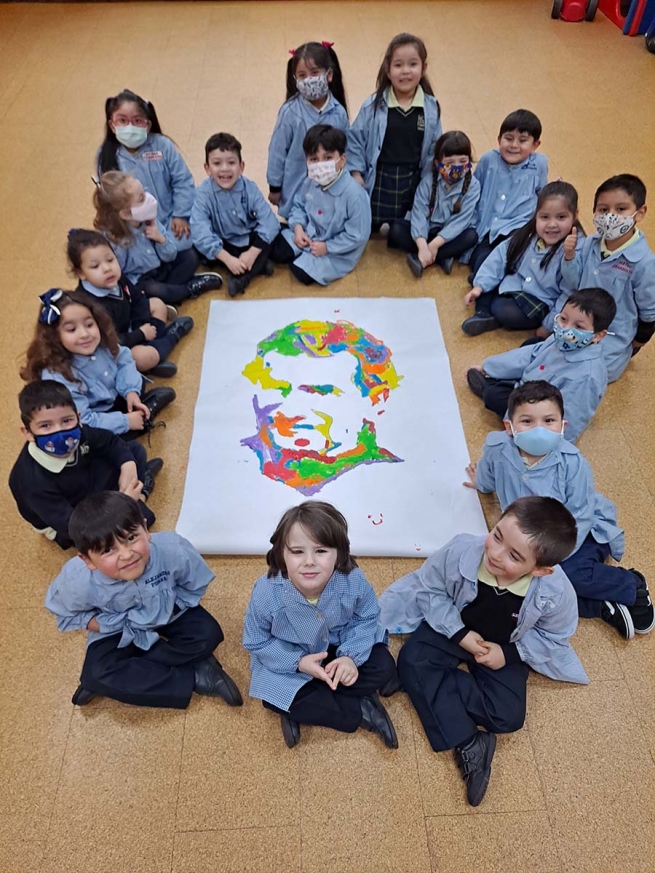 (ANS - Madrid) - Escape Room, Fortnite, Kahoot!, Augmented Reality, YouTube, Meet ... are just some of the tools used to celebrate the feast day of Don Bosco in the various Salesian houses throughout Spain. The pandemic forces everyone to carry out all the activities at a distance, thus all the centers have organized activities appropriate to the circumstances.

“Good morning” thoughts recorded in advance, as in the case of the message offered to the students of “Salesianos El Pilar” in Madrid for the center's 40th anniversary; or weeks of various kinds of activities organized in schools: the "cultural weeks" in Burgos, those in solidarity in Pamplona, ​​the "online technical days" by the Salesians "Los Boscos" in La Rioja ... While the Day of Peace, January 30, was, as usual, celebrated with much emphasis in Salesian schools. Without forgetting the special experience of the “Boscars” of the Salesian school in Huesca: the Salesian “Oscars” awarded to the best videos made by the students of the center.

Nor did teachers neglect the celebrations, what with the many messages sent to their students in the centers of Burgos, Villamuriel, Madrid-Atocha ...

Meanwhile, all the pupils of the Salesian primary school in Malaga took part in a choreographed show taken from the 1988 Don Bosco Musical: the dance took place in the courtyard, featuring Salesian joy, while maintaining a safe social distance.

But the Feast Day of Don Bosco was also Eucharistic celebrations with all the due precautions in the many institutes, prayers adapted to the new situation, games and sports competitions played out by groups already living together, musical or theatrical performances in the open, competitions and games… Like the great Ingenuity Competition organized by the Salesians of Santander, who celebrated the grand finale on 29 January with a live Escape Room between the schools of Santander, Deusto, A Coruña, Atocha, Lugo and Cambados. And then online games like Fortnite or Kahoot! which accompanied the traditional quizzes, bingo ... And again, the premiere of the Don Bosco Short Film about his Life, of the Salesian world of Ourense, or the great competition of the Salesian Vocational Training of Puertollano, broadcast online ...

And, before concluding, a final mention for the "Don Bosco 3D" created by children and adolescents accompanied by the Pinardi Platform.