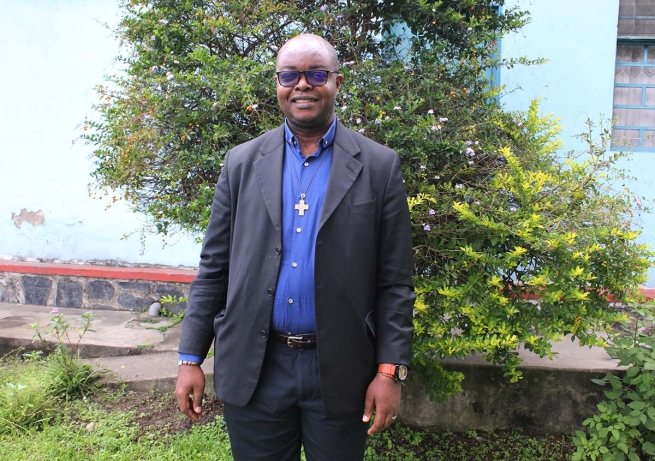 (ANS - Lubumbashi) - The Councilor for the Africa-Madagascar Region, Fr Alphonse Owoudou, began his visit to the Salesian Province of Central Africa (AFC), during which he presented the Rector Major's, Fr Ángel Fernández Artime, Program Letter for the six-year term.

In an interview with Jambo Vijana, the Salesian magazine for young people in the Democratic Republic of Congo, Fr Owoudou said he was especially confident about the future of the oldest Salesian Province in Africa. The Regional Councilor also wished to explain that the Rector Major's Program Letter, a document of normative and pedagogical guidelines, aims at a better expression of the Salesian charism. He then underlined the potential of the Province and what, on the other hand, are its most critical points. He announced the beginning of the process of the Salesian mission of close accompaniment in the eastern part of the Democratic Republic of Congo by the AFC Province.

To do this, he invited all his confreres, all members of the Salesian Family and collaborators to remain united in the charismatic identity of the Church and Don Bosco. He recalled this charism founded on the life of prayer, on attention to young people, especially the poorest ones, on fidelity to Christ, on a life of love for oneself and for others, on poverty and chastity in freedom.

It is in union of the hearts of all parties, with the courage and spirit of bearing witness, specific qualities of John the Baptist, forerunner of the Messiah, that the eastern part of the Democratic Republic of Congo, of the AFC Province, will reach its new configuration in perspective.

Furthermore, this year marks the 40th anniversary of the Salesian presence in the Democratic Republic of Congo. Forty years of mission at the service of the poorest young people, who are a precious and at the same time very delicate gift. Fr Owoudou thus exhorted the confreres to keep this responsibility high towards the most disadvantaged.