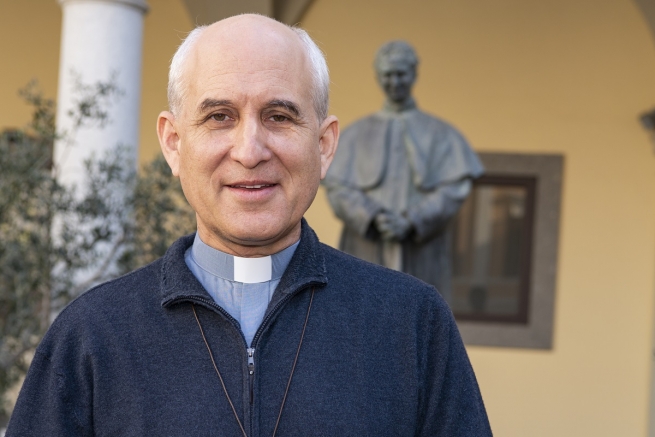 (ANS - Rome) - On 2 March, Fr Ángel Fernández Artime, Rector Major, with the consensus of the General Council, appointed Fr Guillermo Basañes as Provincial of the “Our Lady" Province of Central Africa (AFC), in the Democratic Republic of Congo, for the 2021-2027 term.

Fr Guillermo Basañes Luis was born on 19 October 1965 in Washington D.C. (United States), and is also of Argentine citizenship. He entered the "St Michael Archangel" Salesian novitiate in La Plata (now South Argentina) on 11 February 1985, made his first religious vows on 31 January 1986, and his perpetual vows on 24 November 1991 in Buenos Aires.

He did his Theology studies in what will be his new Province at Lubumbashi, in the Democratic Republic of Congo, and there he also received the lectorate in 1992, and the acolyte in 1993. He was ordained a deacon in Luanda, Angola, in 1994, and a priest in San Isidro, Buenos Aires, on August 12, 1995.

Fr Basañes worked in the "Dom Bosco" community of Palanca, Luanda, for three years, before going to study in the Faculty of Educational Sciences (FSE) of the Salesian Pontifical University in Rome, "San Giovanni Bosco" community. He then returned to Luanda, as Director of the "Dom Bosco" work in Palanca, on November 15, 2001. He was appointed Councilor of the Vice Province of Angola in January 2003, Vicar of the same on December 5, 2003, as well as Provincial Delegate for Formation from 2004 to 2005, the year he was appointed Superior of the Vice Province of Angola (ANG). On 28 March 2008, he was appointed General Councilor for the Africa-Madagascar Region; and on 27 March 2014, he became General Councilor for the Salesian Missions.

From 1 September 2020, in the Communities of St. Joseph and Rome Sacro Cuore respectively, he was appointed by the Rector Major for Extraordinary Visits, a mission he was carrying out in the Vice Province of Tropical Equatorial Africa (ATE) at the time of his appointment.