Italy - 120 years ago the Salesians arrived in Schio 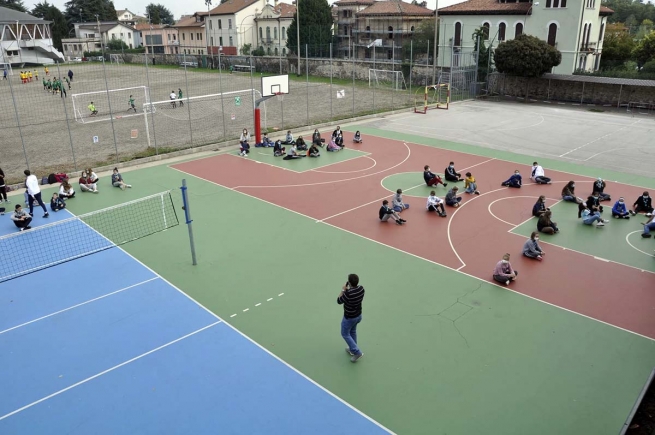 (ANS - Schio) - On 27 October 1901, four long-awaited travelers arrived at the Schio railway station. They are the first Salesians to set foot in the city. Before their eyes a territory that has undergone a major transformation in the space of a few decades opens wide. The evolution of the wool industry has changed the face of Schio, which has earned the nickname "Manchester of Italy" and which has attracted masses of workers from the countryside. The installation of the Salesians was strongly desired by Monsignor Francesco Panciera, defined as the "father of the youth of Schio" for his pedagogical activity in the congregation of San Luigi.

In the second half of the nineteenth century, Panciera was among the first to grasp the needs and difficulties of the children of the increasingly numerous working class. He also understands that, in order to create educational paths adapted to the changed social context, it is necessary to rely on experts with new pedagogical approaches. The choice falls on the Salesians for their ability to combine catechism, formation and leisure time initiatives. Thus in 1890 a long mediation began with Fr Michele Rua, Don Bosco's First Successor. After several letters and a few trips to Turin, Panciera managed to obtain the opening of the oratory in 1901, the year in which the Salesians took possession of a building specially designed for them by the engineer Carlo Letter. Built in less than a year, the building is equipped with a church, a theater and a courtyard.

The first director is Fr Callisto Mander, who puts into practice Salesian pedagogy, which aims to provide education and social aggregation through playful activities such as theater, music and sport. These are paths that can be followed by both children and young adults. The first activity to start is that of the musical band. Shortly thereafter, the Concordia youth club was born, made up of willing children who increasingly became the protagonists of the oratory. The official foundation act took place on 31 May 1903 during Fr Michele Rua's visit. For the occasion, the club is also equipped with a standard, a flag, which becomes a strong symbol of belonging.

In the theater the representations of the amateur drama club come to life, while in the large courtyard sports activities such as gymnastics and football take place, which in 1906 merged to become the Concordia Sports Union.

However, a few years later, history knocks at the institute's doors. On 13 June 1915 the building is requisitioned by the Royal Army which transformed it into war hospital 073 and the interior spaces were revolutionized. Only in 1919 was possession of the oratory re-obtained. In the post-war period, activities resume vigorously and in 1923 the young Catholic explorers are born, however already in 1931 the political climate changes radically. In fact, with fascism, all youth associations in the country are dissolved.

On May 14 of that year the black shirts raided the Salesian institute to take possession of the banner of the Concordia club, which had just been suppressed. The flag, however, was saved and stored away in a barn a few hours earlier. In the course of the Thirties, then, amid a thousand difficulties, the first elementary classes were started. During the conflict, the Salesian institute remains open to offer refuge to young people and anyone in need. After World War II, the oratory experienced an exponential growth. The spaces expand with the sports hall and the new complex for vocational training, thus continuing a journey that began 120 years ago.