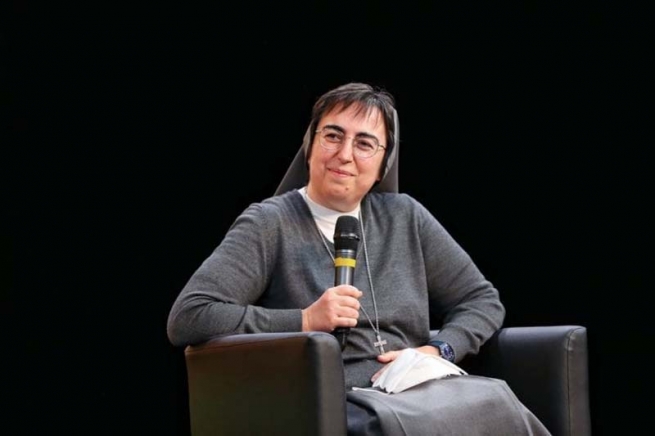 (ANS - Vatican City) - Yesterday, Wednesday 24 March, Pope Francis appointed Sr. Alessandra Smerilli, Daughter of Mary Help of Christians, Under-Secretary for the Faith and Development Sector of the Dicastery for Promoting Integral Human Development. “I feel grateful to the Holy Father and to the prefect of my dicastery, Cardinal Turkson, to all those who work in the dicastery who show trust in me. I hope to be able to do my part,” commented the nun.

Yesterday’s appointment is only the last important task that the Holy Father entrusts to the religious of the Salesian Family. Sister Smerilli, who holds a PhD in Political Economy from the "La Sapienza" University of Rome and a PhD in Economics from the "East Anglia University" in Norwich (Great Britain), is full Professor of Political Economy at the Pontifical Faculty of Educational Sciences "Auxilium" in Rome. In the last two years, Pope Francis has also appointed her as Councilor of the Vatican City State, Consultor of the General Secretariat of the Synod of Bishops, as well as Coordinator of the Economics Task Force of the Vatican Commission for Covid-19.

The Dicastery for Promoting Integral Human Development was established by Pope Francis on 1 January 2017 and "promotes integral human development by drawing inspiration from the Gospel and in the wake of the theology and social doctrine of the Church (...) Integrating, relating and by making the various social systems dialogue with each other - such as economy, finance, work, politics, culture - the Dicastery works to ensure that the Church's social teaching is made known and put into practice. ”

Sister Smerilli already knows the Dicastery well because it is where she had come to work as Coordinator of the Economics Task Force for Covid-19. “Working here, I understood how beautiful this mission of the Dicastery is and how much it reaches the whole world,” she commented to Vatican News.

Working in that Task Force, Sister Smerilli also learned that "there is a need for a lot of listening to local realities and the problems that are caused by this crisis." But at the same time, “as a Church we also have the duty to raise the tone of the debate, to inspire visions, not to focus only on what to do, even if we need to work on concreteness, but to have a perspective.”

Looking at this new role, she believes that her task is to "translate, in pastoral terms, what the economic knowledge and skills are" and therefore hopes to "collaborate with everyone to bring together the Gospel and the economy."

And to those who point out to her that with her appointment the number of women with important positions in the Roman Curia increases, Sister Smerilli replies: "God created man in His image, male and female He created them, and therefore this wants to say that male and female is the image of God, of a God who is communion. This vocation of alliance and reciprocity must be carried out not only in the family sphere but in all other areas of life, even in the workplace."