United States – The city of Downey seeks support from the Salesians 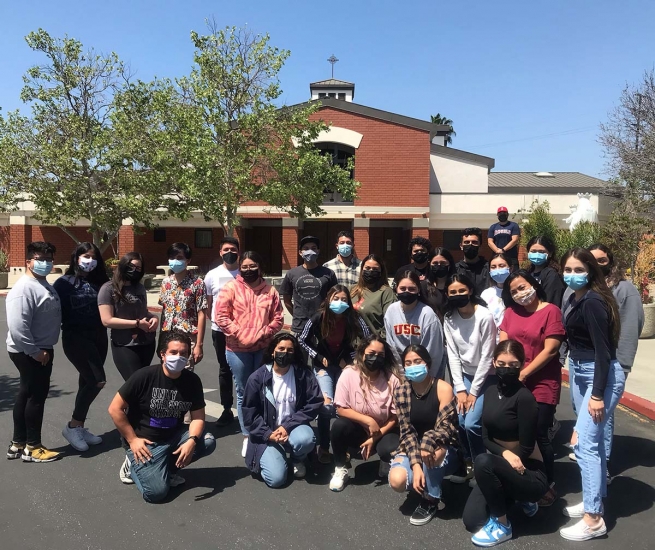 (ANS – Downey) – Once the Governor of California gave schools in Los Angeles County the green light to return to in-person instruction, the city of Downey found itself without any after-school program for their 12 elementary schools. There were only seven business days before the schools opened again, and they needed to hire 26 people to staff the district's after-school programs.

Veronica Lizardi, Director at Downey Unified School District, contacted JC Montenegro, Director of the “We Care” program at St. Dominic Savio Parish, to see how the Salesians could help the children of Downey using the model of the We Care after-school program of St. Dominic Savio.

The We Care program started in 2014 at Savio with the simple objective of serving the children of the neighborhood who were on a waiting list for the after-school programs provided by the city of Downey. “We started with just 35 children and were soon serving over 115 children every school day,” stated Jonathan Lara, the program coordinator.

Through the “We Care program”, the Salesians of Savio were able to hire and train twenty-six young adults to serve in the city of Downey’s after-school programs. Today we serve over 200 children every school day. We believe this was a miracle; we had only seven days to create a program, find and train its staff and accomplish all the legal steps to be ready to serve children. We believe Don Bosco helped us to bring to reality a new Salesian presence among the children of Downey.