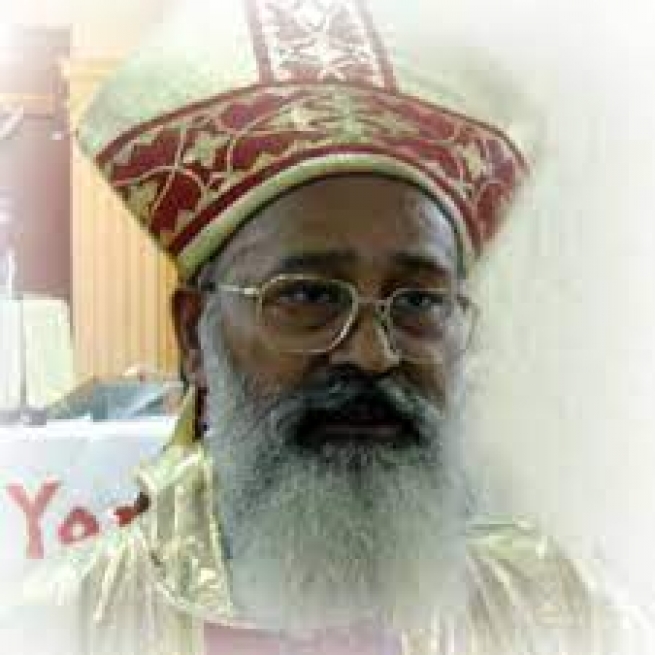 Kolkata Salesian Provincial Secretary Fr Jacob Iruppakaattu released a note saying, “Dear Confreres, this is to convey another sad news, that of the passing away of Most Rev. Lucas Sirkar SDB, Archbishop Emeritus of Archdiocese of Kolkata, at 1.00 pm on Sunday 18 April 2021 at Aradhana Mandir, Krishnagar, due to cardiac arrest. He was 84.”

Details about the funeral are yet to be communicated.

Born on 24 September 1936 in Olchira, India at the time, now Bangladesh, Lucas Sirkar entered the Shillong novitiate in 1957, took his first Salesian vows on 24 May 1958 and perpetual vows exactly six years later. He was ordained a priest on 20 April 1968 in Krishnagar.

On retirement, Lucas Sircar spent several years as a simple priest and confrere in the Salesian Community of Bandel Basilica, ministering to pilgrims at the historical Marian shrine of Our Lady of Happy Voyage Bandel.

In his last days, he retired to Mother House of the Adoration Sisters of the Immaculate Heart of Mary, which he founded as Bishop of Krishnagar in 1986.

The Adoration Brothers of the Most Sacred Heart of Jesus was established in Krishnagar on 11 June 2012 when Archbishop Lucas Sirkar accepted five men to join it.

The two congregations do not seek pontifical status as they were founded to serve the local Church. They are also designed to be self-supporting and would not rely on the diocese.

Blessed Mother Teresa of Kolkata once asked Bishop Sircar to have Religious engaged in Eucharistic adoration in each parish. The two congregations are his answer to her request.

The charism of these men aged 20 to 27 who call themselves Sadhan (prayerful or ascetic) Brothers is to pray and to work.

They work mainly in Krishnagar diocese comprising of Nadia and Murshidabad districts to train youths in vocational skills such as cattle-rearing, carpentry, farming, welding, pisciculture and driving.

With a spirituality of “contemplation in action,” the congregation members spend three-and-half hours in daily prayer and Eucharistic adoration.