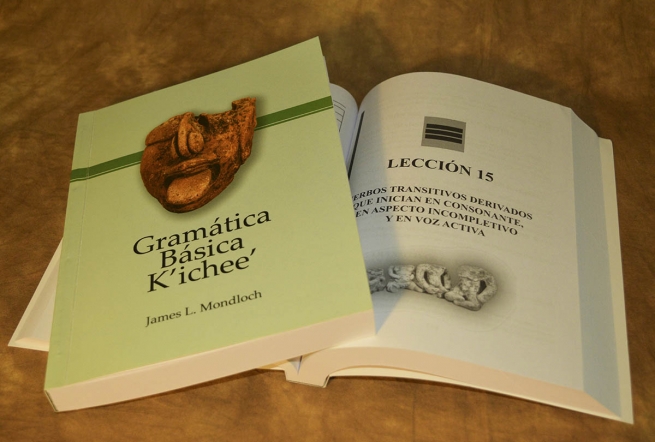 (ANS - Quetzaltenango) - The Salesian commitment to the protection, promotion and development of indigenous peoples has always included the care of their cultures and traditional languages. It is in this perspective that the important steps taken by the "Universidad Mesoamericana" of Guatemala - part of the network of Salesian Institutions of Higher Education - are set for the promotion of the study, understanding and enhancement of the pre-Hispanic past, steps that have led to recent to the publication of a "K'ichee' Fundamental Grammar".

Since 2002 the "Universidad Mesoamericana" has started a collection of books on the history of Mesoamerica. The first was carried out in 2005, with the support of various figures who love the culture of Central America and Mexico, who have worked hard to carry out an accurate political, linguistic, scientific, economic, urban planning and ideological-religious research that then found synthesis in the book: "Mesoamerica". This publication was followed by six other books covering topics such as: "Mesoamerican Chronicles", "Mesoamerican Cosmovision", "Mesoamerican Cities", "Madrid Code", and "Popol 'Wuj'".

This year the Salesian University is pleased to add another publication to this collection: the "K'ichee' Fundamental Grammar", a translation of the original English version written by James Mondloch between 1968 and 1970. Dr. Mondloch earned a PhD in Linguistics and Anthropology from New York State University in 1981, and in collaboration with his colleague Dr. Robert Carmack, Mondloch co-translated and annotated several 16th-century K'ichee' documents, including: the Título de Totonicapán, the Título Yax, the Título K'oyoy, and, recently in collaboration with the "Universidad Mesoamericana" , the Popol Wuj, a new translation and commentary (2018).

This K'ichee' Fundamental Grammar, which fills a ten-year gap existing in the sector and which contributes to an extensive and precise study of the main grammatical structures of K'ichee', is a guide to learning the K'ichee' language and a valuable resource for anyone seeking oral and reading knowledge of modern K'ichee', including linguists, anthropologists and art historians, as well as anyone working in the K'ichee' communities.

The text aims to provide a presentation of the K'ichee' language that is much more complex and useful than previously published, thus achieving a pedagogical and non-referential intention. The text is enriched by an in-depth treatise on the phonology of the language.

An online presentation of the K'ichee' Fundamental Grammar is available here.