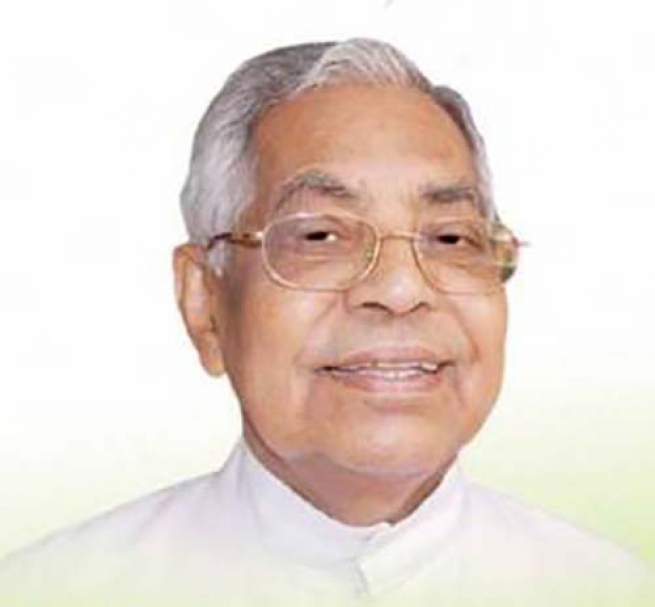 (ANS - Bangalore) - Fr Thomas Panakezham, also known as P.C. Thomas, died on the afternoon of April 24, at the age of 91, at the hospice of the Little Sisters of the Poor in Bangalore. Fr Panakezham was the first Indian Salesian to be Provincial of Chennai and the first Indian to serve in the General Council of the Salesians of Don Bosco, where he worked for over 18 years, from 1977 to 1996.

He lived 71 years of Salesian consecrated life and 61 years of priestly service. His existence had a significant impact on all the Provinces of Asia, but also on the first missions in East Africa and Oceania.

After his mandate as the first Indian Provincial of Chennai, he was elected three consecutive times (during the 21, 22 and 23 General Chapters) as General Councilor for the “Asia Region”. During his mandate, no less than 8 new Provinces were born: South Philippines, Korea and Vietnam, in the current East Asia-Oceania Region, and 5 new Provinces in India: Mumbai, Dimapur, Hyderabad, New Delhi and Bangalore.

During his mandate as Regional Councilor of Asia, Fr P.C. Thomas promoted and accompanied the new frontiers of the mission in the territories of East Africa (Kenya, Sudan and Tanzania), in East Asia (Cambodia, Indonesia), in the Pacific (Papua New Guinea and Solomon Islands), and in South Asia (Nepal and Yemen ). Furthermore, he often accompanied Fr Egidio Viganò, Don Bosco's VII Successor, on several historical visits, such as the one to Burma in 1979, or to Beijing, in 1987.

Fr Panakezham is remembered throughout the East Asia-Oceania Region as a man with great vision, who was the protagonist in many important decisions in the development of the Salesian charism, and was also highly appreciated for his family spirit and his jokes. He also wrote a fair number of publications, including one on the figure of Mamma Margaret and one on the Salesian priesthood.

Returning to his native India in 1996, after three terms as General Councilor, he spent most of his time in formation houses (in the postnovitiate of Aluva, Kerala, and then many years in Bangalore, as a formator and spiritual director, especially for priests and religious). He also animated various groups of the Salesian Family.

With his death, the Congregation lost a great soul, a true son of Don Bosco. His funeral is held today, April 26, in Bangalore and can be watched in streaming at the following link: https://www.youtube.com/watch?v=u9WlIosALrU

Meanwhile, in India, the Covid-19 emergency is increasingly worrying. The health authorities have reported in recent days the record number of infections and - unfortunately - of victims, while the hospitals are sounding the alarm for the lack of oxygen in the intensive care units. The Asian country, increasingly the epicenter of the pandemic, needs more than ever medical and humanitarian aid.