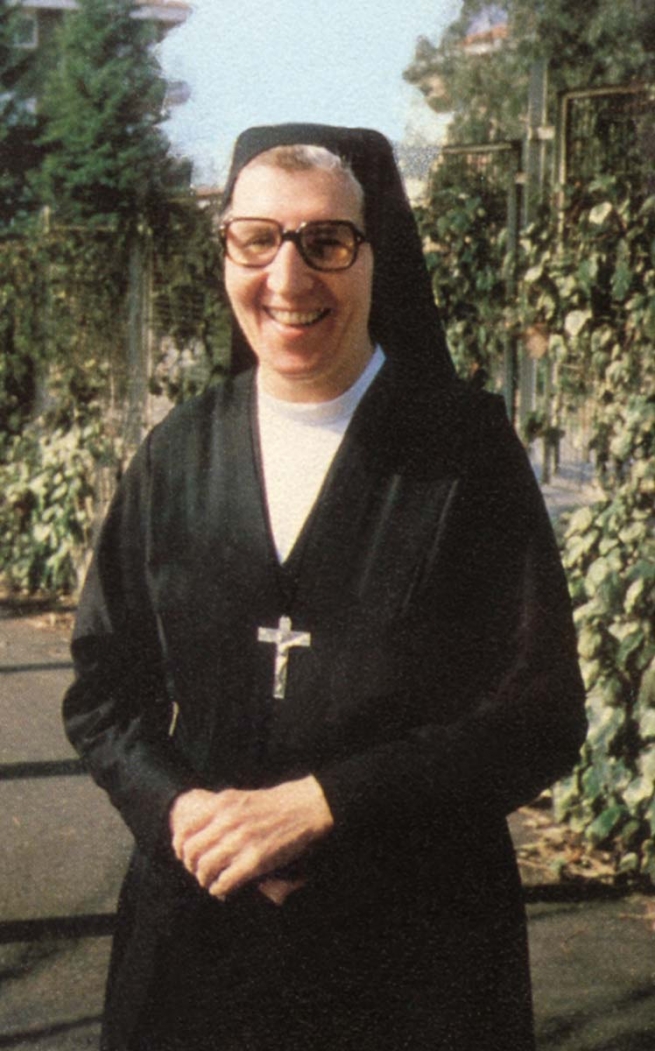 (ANS - Rome) - The opening session of the diocesan inquiry on the life, heroic virtues and reputation of holiness and signs of Servant of God Rosetta Marchese, professed religious of the Daughters of Mary Help of Christians Institute, took place on Friday 30 April 2021. During the opening session, the members of the diocesan Tribunal were sworn in: the Episcopal Delegate, Msgr. Giuseppe D’Alonzo; the Promoter of Justice, Fr Giorgio Ciucci; the Actuary Notary Marcello Terramani; the deputy notary Giancarlo Bracchi; and subsequently, also the Postulator, Fr Pierluigi Cameroni, SDB, and the Vice Postulator Sr. Francesca Caggiano, FMA.

Present for the FMA Institute were Mother Yvonne Reungoat, Superior General, Sister Chiara Cazzola, her Vicar, Sister Piera Cavaglià, Secretary General, and some religious of the Generalate. In her speech, Mother Reungoat compared the testimony of Mother Marchese to that of Saint Mary Domenica Mazzarello: "Both - the only two Superiors General, so far, whose holiness has been asked for the recognition of the Church - consciously offered their lives for growth and the sanctity of the Institute, in difficult times. Both lived their mission as a service to the life and vitality of the Institute, paying attention to the journey of each sister and of the institution as a whole. Emblematic are the words she spoke when she was elected on 24 October 1981: 'The Institute has always given me everything, but now it gives me all of itself'. Both in their educational service were capable of intuition and mystagogy, they nourished their donation to the educational mission with a profound interior life, they were sisters and mothers for the Daughters of Mary Help of Christians, for the young people, for those who needed to be welcomed and accompanied in the response to God's call."

Mother Rosetta Marchese was born in Aosta, Italy, on 20 October 1922. She knew and attended the Daughters of Mary Help of Christians since childhood, thus maturing her faith and her ideal of total consecration to God. After her first religious profession, in 1941, she completed her studies at the Catholic University of the Sacred Heart, graduating in Literature. From 1947 to 1958 she was a teacher and vicar in the “Mother Mazzarello” missionary house in Turin, where she followed with particular attention the young sisters who were preparing to leave for the missions. From 1958 to 1974 she carried out tasks of animation and government in Sicily, in Rome, in Lombardy.

In 1981 she was elected Superior General, but just eight months after her election, the first signs of leukemia came. In the circular of 24 October 1982, Mother Marchese concluded her teaching by wishing all her daughters to let themselves be infected by Don Bosco "with acute nostalgia for 'beautiful Paradise'", to enter the path of holiness "with a will without return". She said: "The destination is unique: to arrive in Heaven with all the young people for whom we have given and consumed our existence". She died on March 8, 1984, in Rome.

You can see the opening celebration and a video presentation by Mother Marchese.