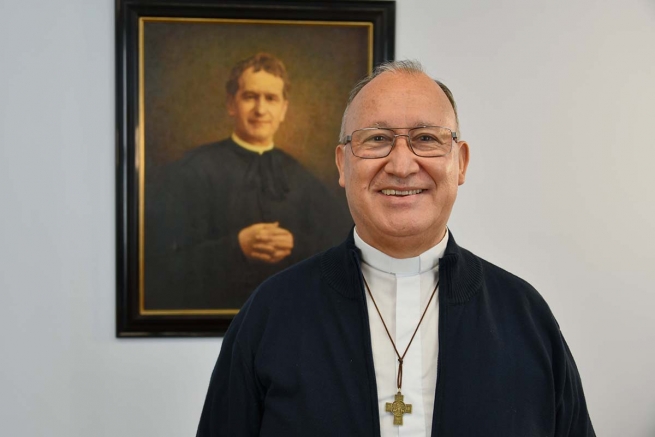 (ANS - Rome) - After the meetings and gatherings of the past few months, the Rector Major, Fr Ángel Fernández Artime, has appointed Fr Daniel Antúnez, an Argentinean Salesian belonging to the South Argentina Province, as the new Procurator of "Missioni Don Bosco", the Salesian Mission Office of Turin.

"Missioni Don Bosco," as well as "Misiones Salesianas," the Mission Office of Madrid, and "Salesian Missions," of New Rochelle, all report directly to the Rector Major.

Fr Daniel Antúnez was Provincial Economer of the "Blessed Zeffirino Namuncurá" Province of South Argentina (ARS) until February of this year. In addition to the excellent work he has done for his province, the Rector Major highlighted his ample experience in very different fields. His person will undoubtedly add great richness to the group (composed mainly of lay men and women) on which "Missions Don Bosco" counts upon at this time.

Fr Ángel Fernández Artime, moreover, underlined the value of the internationality that the Salesian Congregation continues to live in this present time.

Finally, in appointing the new Procurator, the Rector Major also wanted to express his deep gratitude to Bro. Giampietro Pettenon, SDB, who for 7 years has performed a magnificent service at the head of "Missioni Don Bosco" and who will continue his work until September 1 of this year.