Haiti – Salesians and Church of Haiti in mourning: Msgr. Ducange Sylvain, SDB, Auxiliary Archbishop of Port-au-Prince, has passed away 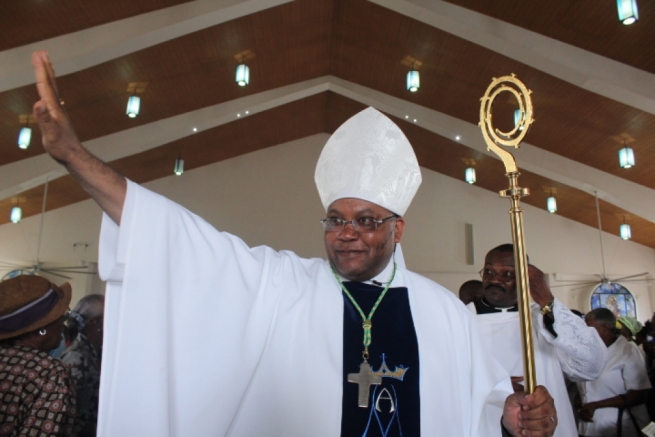 The Salesian prelate was born on 5 April 1963 in Port-au-Prince, had attended the Salesian novitiate in Jarabacoa in the Dominican Republic between 1985 and 1986, had taken perpetual vows in 1992 in Brussels, Belgium, and was ordained a priest on 8 July 1995 in Port-au-Prince.

Appointed bishop in June 2016 by Pope Francis, he received episcopal ordination on the following 27 August.

"We ask the faithful, men and women religious, members of the Salesian Family, collaborators and friends and all those who knew him to continue to pray for his soul's rest," said the Salesians of Haiti in a statement.  They concluded by stating: “In the certainty that not even death can separate Msgr. Ducange from the Love of Christ, mentioned in his episcopal motto - Caritas Christi Urget Nos (the Love of Christ drives us) - strengthened by the death and resurrection of Christ, let us enter into the hope that believes and that loves."