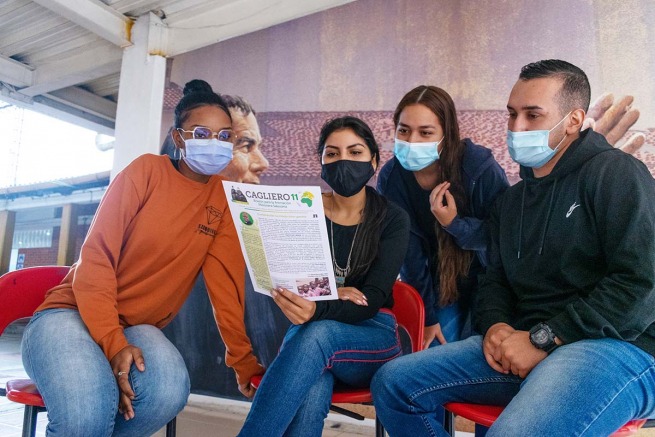 (ANS – Rome) – During the first World Consultative Assembly of the Missions Sector in September 2008, a strong need was felt for greater visibility of missionary animation in the Salesian Congregation. After long discussions on ways to promote missionary animation at the Congregational level Fr Václav Klement, then Councillor for the Missions, proposed a simple monthly bulletin. Hence, “Cagliero11” was born in January 2009. “Cagliero” refers to Fr. John Cagliero, the leader of the first missionary expedition; the number “11” recalls the send-off of the first Salesian missionary expedition on 11 November 1875. This monthly invitation to all Salesian communities around the world had three main objectives: to contribute to the visibility of the missions; to make people pray for the missions; and to foster new missionary vocations.

The first issues were precisely to see how the confreres would react to this new publication, simultaneously in 5 languages. Its simple 2-page A4 format makes it very easy to read and print for the notice board of a community, school or parish. Initially, reflections about Don Bosco and other Salesian missionaries were published. But not long after, missionaries were invited to share their experiences. This turned out to be the most attractive and most-read part of Cagliero11. Many of these stories have been reprinted in countless editions of the Salesian Bulletin.

How many Salesians, members of the Salesian Family and lay people have discovered their missionary vocation after reading the sharing of a missionary in Cagliero11! A copy is often found on the community noticeboard in many Provinces. It is now translated into twenty languages every month, in a new format and is accompanied by a 1-minute video clip mainly for young people: CaglieroLIFE.

Missionary animation aims, above all, at keeping alive in every Salesian the passion and joy of making Jesus known. It is under the care of the Province Delegate for Missionary Animation (PDMA) who works in close collaboration with the Province Delegates for Youth Ministry, for Social Communications and for Formation. Missionary enthusiasm attracts young people to Salesian life. Hence, an effective missionary animation is intimately linked to vocation promotion.

Looking back at the past 150 issues, we can only thank the Lord for this simple yet wonderful inspiration of Cagliero 11. We are similarly challenged to keep alive Don Bosco’s missionary spirit alive with enthusiasm, creativity, and in a spirit of communion and collaboration with all other sectors of the Province.

To celebrate this anniversary, a short video has been produced and can be found on the YouTube channel Settore per le Missioni Salesiane

General Councillor for the Missions