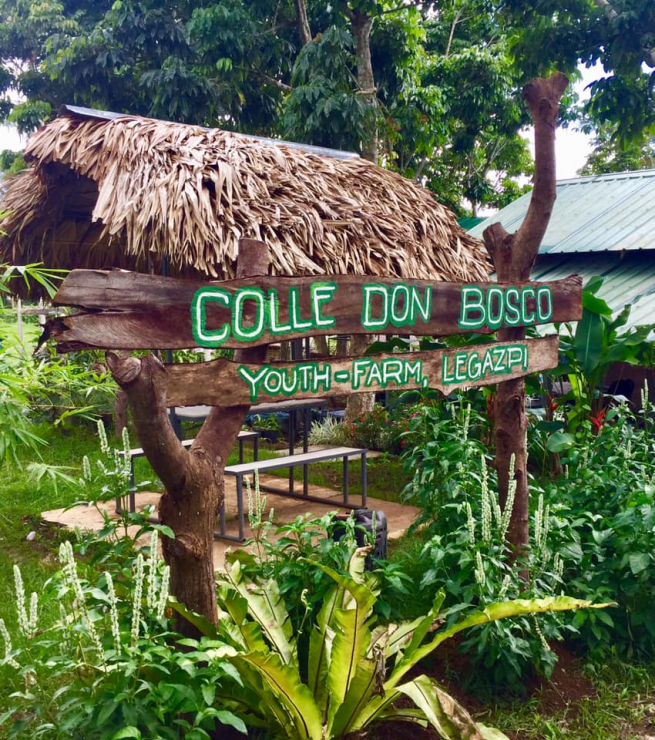 (ANS - Legazpi) - In the Philippines, the average age of farmers is 57. Young people with a solid agricultural background can thus truly make a difference. Also, both North and South Philippine Salesian Provinces (FIS and FIN) made a preferential option in 2001 to accompany young people from rural areas. And the "Don Bosco" work in Legazpi, in the Bicol region, one of the poorest in the Philippines, has become a natural location for this project. This is how the “Bosconian Young Farmers Club” (BYFC), an agricultural club of young past pupils of Don Bosco, came about in 2017.

Since 2001, several hundred young people have received good technical and vocational training in the field of natural farming in the Salesian structure, so they have the ability to become key players in rural development. Today, as a result of that training, BYFC volunteers can offer: a Youth Cooperative that supports and accompanies agro-entrepreneurial initiatives and promotes family-based natural farming, the reduction of the Ecological Footprint of Salesian activities, and a Youth Farm Tourism, in collaboration with the “Colle Don Bosco” Youth Farm in Legazpi.

After an initial start-up phase between 2017-2019, the pandemic period motivated the DBYC volunteers to take advantage of the situation to refine their training in agricultural mechanics and entrepreneurship, and they structured BYFC as an organization.

Thus, last July, thanks to the intervention of sector professionals, the first 10 volunteers received an orientation on the possible role of BYFC for youth agriculture and on the club's regulations. That day was solemnized by the community Mass presided over by the then Director of the work, Fr Ronilo Javines, also Delegate for Marginalization in the Youth Ministry team.

The club sees the Salesian past pupils as protagonists and animators of this agricultural entrepreneurship initiative, as particular as it is necessary for the economic and youth situation of the area.

Furthermore, last February, a first meeting was held with a bank official to discuss the possibility of benefiting BYFC with incentives for promising start-ups and thus favoring their growth and development.

BYFC currently has 10 members and 5 honorary members, all animated by Fr Javines.

"This small but very significant seed could bear many fruits and inspire other Salesians and past pupils in many agricultural realities to follow this path!" commented those in charge of Salesian environmental initiatives in the East Asia-Oceania Region.

Further information is available on the DBYC Facebook page.