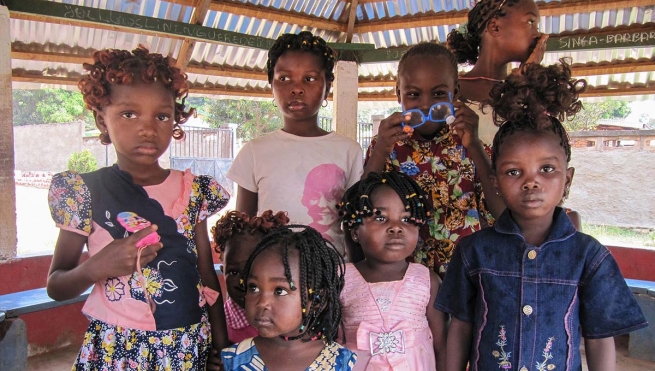 (ANS - Bangui) - The Central African Republic is one of the poorest countries on the African continent - despite being very rich in resources such as uranium, gold and diamonds - and it is also very unstable politically due to the regime changes, civil wars and coups d'etat that have occurred over the last 20 years. According to the United Nations, 2.8 million people, or about half of the total population, depend on humanitarian aid and thousands of people are displaced, forced to leave their homes due to numerous internal conflicts. The infant mortality rate is among the highest in the world and the most common causes are diseases such as malaria, diarrhea, respiratory infections and acute malnutrition.

The Salesians, always alongside the poorest, the least, the most vulnerable, could not fail to be present in the Central African Republic. In fact, there are three missions: two in Bangui, in the outskirts of the city, in Damala and Galbadja, and one 435 km from the capital, in Bouar - and they mainly deal with education, formation, hospitality.

In the missions of Galbadja and Gamala there is a youth center, a family home and an oratory, as well as school facilities: a high school, a vocational school, elementary schools, kindergartens.

An important support to such a tried and afflicted population, to dozens and dozens of disadvantaged minors, is the long-distance adoption project carried out by the Sons of Don Bosco.

The children who are part of the long distance adoption project are between seven and eight years old. They are children like Anne Laure, a 7-year-old girl, who attends the “St John Bosco” primary school in Galabadja: her young parents struggled to pay for school expenses, the mother has no job and the father is a student. For this reason, the Salesians, including the difficulties, immediately found an alternative to cover the taxes for the current year by including her in the scholarship project.

Adopting a child from the Central African Republic means giving hope and a future in a country where the future is almost never talked about, it means helping a family and guaranteeing school fees, school accessories, medical care and food.