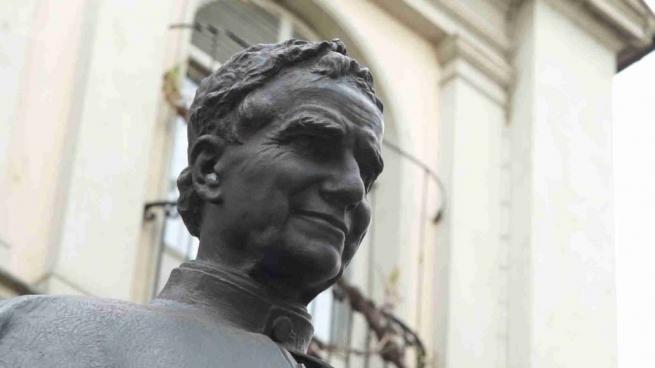 (ANS - Turin) - Well over a century has gone by since Don Bosco opened the first oratory in Valdocco to host young people who are excluded and in precarious living conditions, but the desire of the Salesians to stay close to the least has never failed. Today the Saint's message translates, at the “San Paolo” house in Turin, into the “Casa che ospita”, a house that hosts and welcomes a dozen young immigrant minors, the so called unaccompanied minors.

A documentary recently produced by the Directorate for Communication and Relations with Citizens and the Territory of the Metropolitan City of Turin alternates the story of Don Bosco and the Salesians, told by the journalist Gian Mario Ricciardi, with the description of the "House that welcomes" made by the protagonists: Fr Alberto Lagostina, director of the house, a volunteer tutor, the two educators and a few volunteers who lend their time and work to make it possible for the structure to function.

Producing the film was complicated, inevitably conditioned by the pandemic; which began with a phone call to Fr Lagostina at the end of last February, and continued with a few preparatory meetings to define the script. Filming took place in the second half of April in various locations - the Casa Don Bosco Museum and the Valdocco oratory were the backdrop for Ricciardi's interventions; the rooms and common rooms of the "House that welcomes", to show the moments of everyday life: the cleaning carried out by the youths, the preparation of lunch with the volunteers, study, play, and the evening meal.

The streets of Borgo San Paolo, with the local market, are the settings in which children walk, walk ... Walking is intended as a metaphor for the migrant who abandons his country, poverty, war or persecution in search of security, a better life. Often it is about dreams, the search for a mythical Eldorado which then, soon, does not unfold itself as such. Sometimes the stories of the children who come from Africa, Albania, Bangladesh and other developing countries are dramatic: adventurous journeys punctuated by the violence of border guards, dangerous detours, once they arrive in Italy, in the context of the underworld (shelter and food in exchange for illegal actions).

The work of those who take care of these young people and tear them off the street, just as Don Bosco did, is precious and complex, always in relationship with the Municipality, with the training bodies and with all the institutions and individuals who collaborate to insert young people in the Turin social and productive fabric.

The message of the film can be summarized in the words of Fr Lagostina at the end of the documentary: “It is the encounter between different people that leads to a common richness. This is the new world we want.”

The film, lasting about 23 minutes, is now available on YouTube.