Burundi – Salesians on the way to peace and development 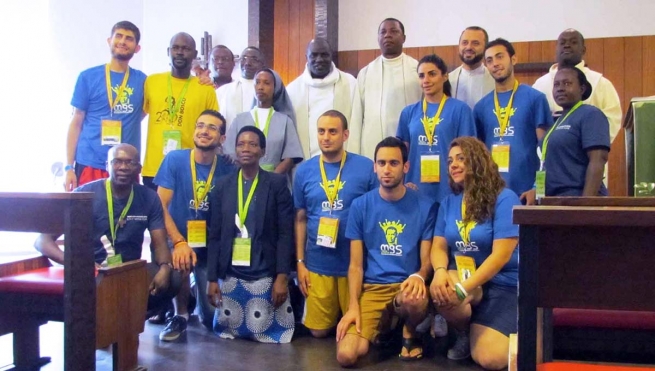 (ANS - Bujumbura) - The Sons of Don Bosco have been present in Burundi since 1970. In recent years they have always closely accompanied its young people and the entire population, even in the darkest moments, such as during the civil war. They are currently looking to the future with hope, as witnessed by Fr Jean Paul Ndayikengurutse, a 45-year-old Salesian from Burundi, whose surname in the local language means "thank God".

After decades of inaction, the country seems to have abandoned the previous policy of autarchy - which led the country to refuse any help from foreign organizations and investors - to try to set development in motion in a similar way to what is happening in its neighbors, Rwanda and Uganda. "Now there are exchanges, the situation is also improving here," explains Fr Ndayikengurutse, who also underlines the fact that the migration of Burundians to Europe is an irrelevant phenomenon unlike other countries in that part of Africa. “There are opportunities to live on a dignified level. The fertile soil allows for good agriculture.”

The Salesians in Burundi are present today with three canonically erected works: in Bujumbura, Ngozi and Rukago. The three communities manage two parishes - with Rukago that boasts about 70,000 faithful, of which half are young - and two "vocational schools" in addition to the "Don Bosco Lyceum", in Ngozi, one of the largest in the country, which educates 900 boys and girls every year. It is not easy to offer quality, but the government makes contributions that allow teachers to be paid their salaries: half are paid by the Salesians, the other half by public funds.

Then there is the ministry to street children, which is not configured as hosting them in the structures but to meeting them and accompaniment towards a return to their families of origin. “These children leave their homes due to hunger or the separation of their parents”; the operators intervene in the emergency and then rebuild the network of relationships so that each child or young person can return to being part of the family unit by supporting it. “There is a difference between what we can do in big cities or in villages, but the guiding line is to meet the kids regularly to achieve their return home."

And looking to the future, Fr Ndayikengurutse hopes that the projects set aside can be restarted, erecting new parishes for the benefit of evangelization, catechesis and the dissemination of the sacraments among Burundians, and developing the young "Mary Help of Christians" shrine in Bujumbura so that it can become a center of spiritual life for the nation.